By design on September 29, 2013Comments Off on Hold City and County Elections at Same Time 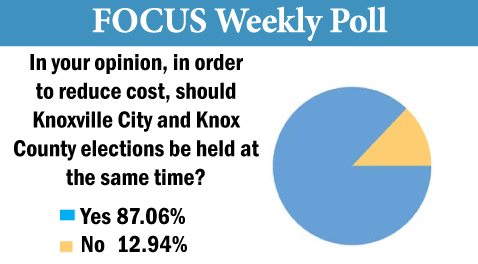 This week’s Knoxville Focus poll posed the question, “In your opinion, in order to reduce costs, should Knoxville City and Knox County elections be held at the same time?”

More than 87% of likely voters say yes, city and county elections should be held in conjunction.  Only approximately 13% objected.

Voters all across the City of Knoxville felt more strongly about the issue generally than did county voters.

Hold City and County Elections at Same Time added by design on September 29, 2013
View all posts by design →