By design on June 23, 2013Comments Off on Knox Countians Don’t Believe Teachers Should Have Automatic Increase 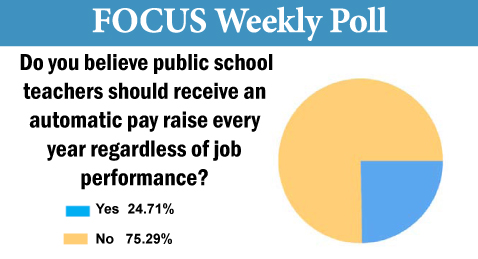 This week’s Knoxville Focus poll asked the question, “Do you believe public school teachers should receive an automatic pay raise every year regardless of job performance?”

There was little difference in the demographics between age and gender.  Clearly Knoxvillians and Knox Countians believe in performance.

Knox Countians Don’t Believe Teachers Should Have Automatic Increase added by design on June 23, 2013
View all posts by design →