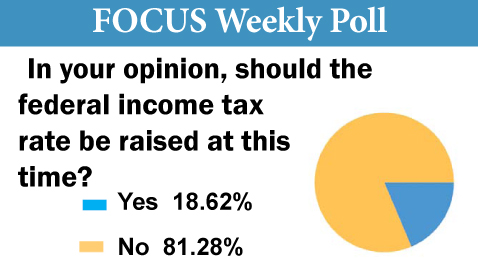 The answer was a resounding “no”.  More than 80% of Knox County voters polled responded by saying they did not believe the income tax should be raised at this time.

The results were pretty uniform all across the county.  The most support for increasing the income tax came from the First District, which is centered in Knoxville’s African-American community, yet only 30% of respondents thought taxes should be raised at this time.

The Eighth District, which is East and Northeast Knox County, was the area most opposed to raising the income tax, with more than 91% of respondents saying they are against the idea.

Slightly more women are opposed to raising taxes at this time than men, although the margins are almost identical.