By design on April 14, 2013Comments Off on Knox Countians Favor Gun Permits To Be Private 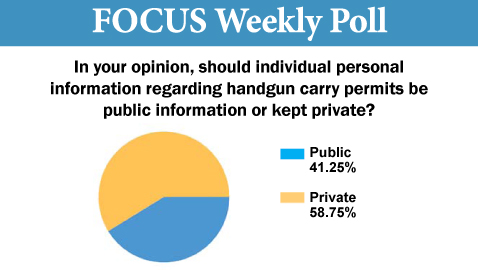 The Second District, which is much of Fountain City and North Knoxville, was even split, 50% – 50%.

Support for making the information public sharply dropped inside the Third District with over 62% supporting handgun carry permit and personal information to be kept private.

The Seventh District, which contains Halls and much of North Knox County, was the area most strongly in support of keeping personal information private with over 70% of likely voters saying they think handgun permit information should remain private.

The Eighth District also strongly favored keeping the information private with more than 67% believing handgun permit and personal information should not be public record.

Knox Countians Favor Gun Permits To Be Private added by design on April 14, 2013
View all posts by design →