Passion, perseverance behind the development of ColoMarker

By design on January 12, 2014Comments Off on Passion, perseverance behind the development of ColoMarker 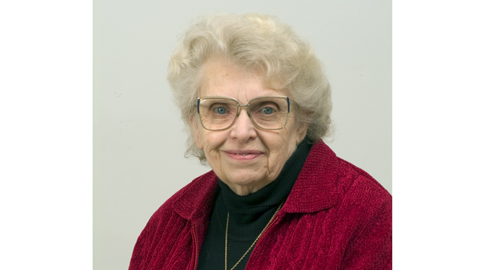 At 75 years old, Tommye Jordan is a quick witted, energetic grandmother; dressed unassumingly in a festive holiday sweater…. She is also responsible for ColoMarker- a groundbreaking medical diagnostic test that could potentially save thousands of lives around the globe.

ColoMarker is a simple blood test that detects the level of protein biomarker, CA11-19, present in everyone’s blood. Through extensive research conducted by Jordan, and local company EDP Biotech, it has been shown that patients with colorectal cancer have elevated levels of CA11-19 in their bloodstream.

Jordan, a 1960 graduate of the University of Tennessee, founded JCL Clinical Research in east Knoxville in 1971 and with the assistance of Dr. Thos. P. Potter first identified the correlation between CA11-19 and colorectal cancer. Nearly 40 years later, through the founding of EDP Biotech and Jordan’s unwavering commitment to the research, the test is ready to go to market.

“It’s a major answer and prayer for the early detection of cancer,” she told the Focus.

Based on pre-clinical trials, ColoMarker detects early Stage I, II, and III colorectal cancer. Tests demonstrate that the CA11-19 protein is released in the blood during the early stages of colon cancer before symptoms begin- thus, allowing for earlier detection.

According to the American Cancer Society, approximately 50,000 lives could be saved (in the United States alone) every year if colon cancer is diagnosed at Stage I.

ColoMarker will be available in Europe during the first quarter of this year. EDP Biotech’s goal is to market ColoMarker and make it available to the greatest number of people as quickly as possible.

“We pursued the development of ColoMarker because of the critical need to detect cancer at its earliest stages,” says Tom Boyd, CEO of EDP Biotech. “Our technology has strong potential to save thousands of lives each year through early stage detection, and it’s our goal to make it available to diagnostic oncology labs and accessible to medical professionals throughout the world.”

The test does not replace the need for a colonoscopy, however, EDP Biotech hopes that the simplicity and affordability of the test will not only allow for wider early detection, but also enable physicians to use the test as a diagnostic aid in identifying patients who may need colonoscopies at a younger age. ColoMarker could potentially be added to the panel of tests performed on patient’s blood which is drawn as part of an annual physical.

“My board and Tommye feel very emotional about the work we’re doing here,” Boyd told the Focus. “They never talk about the money that could be made. They talk about the lives they hope to see saved.”

Passion, perseverance behind the development of ColoMarker added by design on January 12, 2014
View all posts by design →