Tennessee Governors & the Path to the US Senate, VI

By design on March 15, 2020Comments Off on Tennessee Governors & the Path to the US Senate, VI 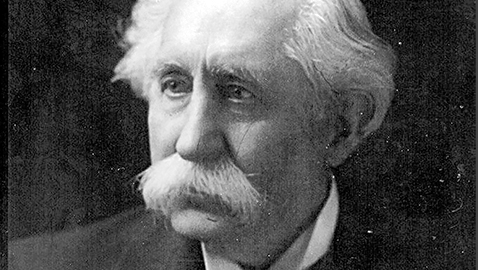 Andrew Jackson once said, “A man who is born and reared among this people deserves but little credit for being a soldier and a gentleman, for he can’t help it.”  That description fit William Brimage Bate.  Bate had certainly lived a full life and had been a soldier, lawyer, newspaperman and politician.

Born in Sumner County, William B. Bate had been a clerk on a steamboat when he heard about the outbreak of the war with Mexico and he promptly enlisted.  After returning home to Gallatin, Tennessee, Bate started a newspaper, the Tenth Legion, which he used to support the Democratic Party.  William Bate served a term in the Tennessee House of Representatives in 1849 and attended the Cumberland School of Law before being admitted to the Bar.  Bate was elected attorney general for the Nashville district and was so popular he was offered the nomination of his party to run for Congress, but spurned the offer.

Unlike Andrew Johnson and William G. Brownlow, both predecessors in the governor’s office and the United States Senate, William B. Bate was an ardent supporter of secession.  Just after the battle of Fort Sumter, Bate enlisted as a private and was quickly elected by his fellow soldiers as captain.  With Tennessee’s secession from the Union, Bate rose to the rank of colonel.  Colonel Bate was at the first battle of Bull Run, although he was among the troops held in reserve.  Bate later fought with Albert Sidney Johnston’s Army of the Mississippi and saw action in the Battle of Shiloh where he was seriously wounded in the leg during the first day of fighting.  Bate lay on table as an army surgeon evaluated the gravity of his wound, finally concluding the leg would have to be amputated.  Bate whipped out his pistol and aimed it at the doctor and threatened to shoot him.  The surgeon decided Bate could keep his leg after all and the wound healed, although William B. Bate walked with a noticeable limp for the rest of his life.  By October of 1862, Bate had been promoted to brigadier general.  Some Democrats pressed Bate to accept the gubernatorial nomination in 1863, but the general declined, preferring to remain in the army.  While fighting in the Battle of Chickamauga, Bate had three horses shot out from under him.  All totaled, William B. Bate had six horses shot out from under him during the Civil War and was wounded three times.  Bate left the war with the rank of major general.

When General Bate died, newspapers in Tennessee related a story about Bate’s war service.  Confederate general Braxton Bragg asked an aide, “Who is that driving the enemy on our left?”  Told it was William Bate, Bragg smiled and replied, “I knew it, that rascal is never happy unless he is tearing up Yankees in some quarter.  No wonder he is half the time on crutches.”

After the war ended, Bate returned to Nashville where he lived for the rest of his life.  Bate practiced law in partnership with Colonel Frank Williams and was increasingly prominent inside Tennessee’s Democratic Party.  Bate’s name was placed in nomination for a seat in the United States Senate in 1875, 1877, and 1881 during a time when the legislature still elected senators.  In 1882 William B. Bate was nominated to run for governor of Tennessee.  For years Tennessee had been plagued by a debt problem and Bate finally resolved the issue and while his solution was something of a compromise between extremes, it was not universally popular.  The Democrats were divided on precisely how to settle the debt issue with “low tax” Democrats supporting Bate while “high tax” Democrats backed Joseph Fussell.  Complicating the general election was the candidacy of Greenback candidate John Beasley as the Democrats attempted to topple incumbent Republican governor Alvin Hawkins.  Bate proved to be a popular candidate, winning 120,637 votes to 93,168 votes for Governor Hawkins.  Fussell and Beasley attracted a few thousand votes each.  Despite the controversy over Governor Bate’s tax settlement plan, Bate had accomplished providing Tennessee with the first orderly system of taxation since the Civil War.

When Bate sought reelection in 1884 he faced an unexpectedly strong challenge from Republican Frank T. Reid, a judge from Nashville.  Bate’s personal popularity likely helped him to squeak past Reid, winning 132,201 to Reid’s 125,246 votes.  Bate did not seek a third term as governor, having his eye on a seat in the U. S. Senate.  The legislature elected Bate in 1886 and reelected him once again in 1892, 1898, and 1904.

Bate had reason to be gratified to finally get to Washington, D. C.  During one of his previous campaigns for the United States Senate, William B. Bate had opposed former President Andrew Johnson.  Another Johnson competitor was Governor John C. Brown.  Like Bate, John C. Brown had served two terms as governor, was president of the state convention that wrote Tennessee’s 1870 constitution, and fought for the Confederacy during the Civil War.  To get to the U. S. Senate Bate had to defeat two credible opponents, Congressman John F. House and former governor Albert S. Marks.  Bate’s election to the Senate, even though he was a sitting governor, was hardly a coronation.  Both former governor Marks and Congressman House made strong bids for the Senate, which resulted in a long deadlock before Bate was finally elected.

To be reelected to his second term, General Bate faced one of the most popular politicians in the state, former governor Robert Love Taylor.  Taylor’s candidacy was a serious threat to Bate’s continued tenure in the United States Senate.  In 1892, Taylor was probably at the height of his popularity with Tennesseans.  Former governor Taylor had just finished an intensive campaign on behalf of the Democratic ticket in Tennessee.  Taylor’s theme during the campaign had been to urge recalcitrant Democrats to return to the fold.  As the legislature sat to elect a U. S. Senator, Taylor’s cries of “Come on back, boys” still rang in the ears of Tennessee Democrats.  One of the most entertaining and best speakers in the state, for a time, it appeared Taylor might defeat Senator Bate.  Taylor desperately wanted to go to the Senate, but Bate fought back and was reelected to the U. S. Senate.

Almost immediately upon winning a second term to the Senate, Senator Bate broke with a president of his own party.  Grover Cleveland’s monetary policies quickly deeply divided the Democratic Party.  While the House of Representatives sustained President Cleveland’s fiscal policy, it encountered stiff opposition in the Senate.  Cleveland was adamant about keeping the country on the gold standard, while many Congressional Democrats advocated free silver.  In 1896 William Jennings Bryan won the Democratic presidential nomination after making his famous “Cross of Gold” speech and William B. Bate had been friendly to the free silver faction of his party.  Senator Bate, a delegate-at-large to the 1896 Democratic convention, was an enthusiastic supporter of free silver platform.  Bate supported Congressman Richard P. Bland of Missouri for the presidential nomination; Bland was such a strong supporter of free silver that he was referred to as “Silver Dick” by friends and supporters.

In 1898 Bate’s political position proved to be unassailable and he was reelected by the legislature without any serious opposition.  At seventy-eight, Senator Bate was aging and faced former governor Benton McMillin during his last reelection campaign.  Like Robert L. Taylor, Benton McMillin’s fondest political desire was to serve in the United States Senate.  McMillin had served in Congress for twenty years and two terms as governor of Tennessee.  McMillin’s candidacy pressed Senator Bate hard and the former governor seemed to have the upper hand.  When a majority of the Davidson County legislative delegation announced for McMillin, many of Senator Bate’s friends lamented the old warrior would be defeated.  General Bate had a reservoir of good will and personal popularity throughout the state, which he drew upon liberally.  Many of Tennessee’s smaller counties announced support for the senator.  Benton McMillin soon realized he could not wrest the Democratic nomination from Senator Bate and announced his withdrawal from the contest shortly before the election.

While even Bate’s supporters readily acknowledged the fact there were clearly more able men than the old general, the senator did possess a host of admirable personal traits.  Plainspoken to the point of being blunt, William B. Bate earned a reputation of being honest and forthright.  Among the tributes to the general after his death, many friends thought him an exceptionally frank man.  Bate was devoted to his friends, yet he was gallant to his political enemies.  The general, while a man of firm convictions, never stooped to demagoguery during his political career.  Alabama’s U. S. senator, also a former Confederate general, John Tyler Morgan, eulogized William B. Bate as “a grand, heroic man, heroic physically and morally.”  Morgan confessed, “If he was not varied and profound mentally, he had the invaluable faculty of good sense, industry and reliable judgment.”  Morgan, like most Tennesseans, was surprised by the old general’s unexpected death.  “I saw him on Monday,” Senator Morgan recalled.  “He was cheerful and bright, and to me there was no indication of any mortal trouble.”

Winning another six-year term in the Senate, Bate attended the inauguration of President Theodore Roosevelt.  Tennessee newspapers noted Senator Bate was ill with a severe cold and confined to his apartment in Washington, D. C.   Senator Bate caught a chill while attending the presidential inauguration, yet continued to tend to his senatorial duties before he became seriously ill while at the dinner table.  Immediately put to bed, Mrs. Bate called for a doctor.  The Clarksville Leaf-Chronicle noted the general’s friends were “uneasy for apprehension of symptoms of pneumonia”, but assured readers Bate was “receiving the utmost care”, while the senator’s wife thought he was improving.  In spite of Mrs. Bate’s public belief her husband was improving, the truth was the senator got weaker and weaker.  Evidently the old soldier was not improving as he died the next morning at 6 o’clock.  The Leaf-Chronicle said the cause of death was “pneumonia and a defective heart.”  The same day the Leaf-Chronicle published the news of Senator Bate’s death, the Nashville Tennessean headlined a story, “Gen. Bate Is Better.”

The general remained conscious during his final illness and was lucid enough to tell his family members he wished to be buried at his home in Nashville.  Finally, General William B. Bate closed his eyes and died peacefully.

William Brimage Bate’s passing truly was the end of an era in Tennessee politics.  For years he had served alongside Isham G. Harris, who had also been a general in the Confederate Army and had been a governor of Tennessee.  After William Bate’s death, Tennessee would never again be represented in the United States Senate by another former Confederate.  As with the passing of any sitting U. S. senator, there was immediate speculation as to who would take his place.  That speculation centered on three men, all of them former governors or an incumbent governor.  Robert L. Taylor and Benton McMillin still hungered for the opportunity to serve in the United States Senate, but their own ambitions were overshadowed by the incumbent governor of Tennessee, James Beriah Frazier.  Despite having just won a second term as governor, Frazier appeared to be profoundly interested in going to Washington.  Senator Bate’s death would set off a brief, albeit intense struggle between titans of Tennessee politics to go to the U. S. Senate.

Tennessee Governors & the Path to the US Senate, VI added by design on March 15, 2020
View all posts by design →