By design on January 12, 2017Comments Off on Alexander Introduces Legislation to Take Next Step in Preserving President Polk’s Home as a “National Treasure” 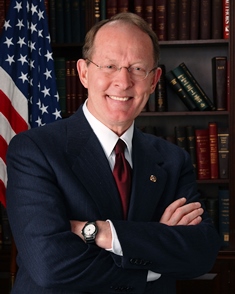 U.S. Sen. Lamar Alexander (R-Tenn.) yesterday introduced legislation directing the Secretary of the Interior to take the next step in preserving former President James K. Polk’s home in Columbia, Tenn., as a site within the National Park System.

Alexander continued, “We talk a lot about the importance of science and math. But, according to the National Assessment of Educational Progress, most high school seniors in America score the worst in history. I cannot think of a better way to encourage the study of U.S. history and what it means to be an American than to make sure that our presidential homes are properly cared for. Columbia’s dedicated residents understand the importance of this historical presidential home, and the special resource study authorized by this legislation is the next step in the process toward preserving President Polk’s home and belongings and elevating the site to the national treasure it deserves to be.”

The James K. Polk Home is the only surviving home of the eleventh American president. President Polk is most notably remembered for his help in acquiring 800,000 square miles of territory during his administration and extending our country’s border west to the Pacific Ocean, which today makes up California and much of the Southwestern United States. His last act as president was to sign the bill that created the Department of the Interior, the agency that is home to the National Park Service.

His childhood home is managed by dedicated members of the James K. Polk Memorial Association and contains more than 1,300 artifacts and original items from the president’s years in Tennessee and Washington, D.C, including furniture, White House artifacts and political memorabilia.

Alexander Introduces Legislation to Take Next Step in Preserving President Polk’s Home as a “National Treasure” added by design on January 12, 2017
View all posts by design →