High School Sports Notebook: Working on Inskip Field for ‘when and if we get to play’

By design on July 20, 2020Comments Off on High School Sports Notebook: Working on Inskip Field for ‘when and if we get to play’ 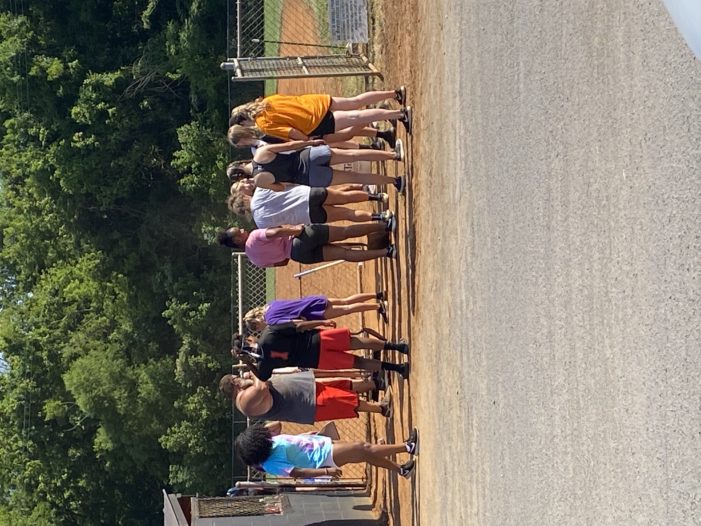 Seventeen girls and seven adults put in four hours of community service work Friday at Inskip Ball Park, “prepping the field for when and if we get to play” in this year’s Middle School Fall Softball League, said James Swaney, Central High head softball coach.

The league, which includes over 15 teams, was scheduled to start August 3, but the coronavirus pandemic has delayed play until Aug. 24, said Swaney.

The Gresham Middle School team, a feeder program for Central High, started using the Inskip Park field for its home games last summer after Coach Swaney and volunteers put the field back into playing condition and installed new bleachers.

With adults helping, concrete bleachers were power washed, dugouts were cleaned, rocks and trash were removed from the field, bases were reset and a new home plate and pitching rubber were added.

“I would like to see these girls recognized for their time and effort,” said Swaney.

TSD CANCELS FALL SPORTS: Tennessee School for the Deaf will not play football or volleyball this fall due to the coronavirus pandemic, Interim Athletic Director Rene Skelton said Thursday.

“TSD decided that in an effort to ensure the safety of our students that we will not have fall sports,” said Skelton via email.

“We are canceling volleyball as well. Right now we are planning to continue with our winter sports. Let’s hope that something happens between now and then to get a handle on COVID-19!

“We will not have cross country this year, but it is due to lack of interest, not COVID-19 related.”

Jordan Cooper, TSD’s head football coach, said: “I’m honestly heartbroken for the seniors who will miss their last year of football. We were supposed to have seven seniors and I honestly believe that last year’s team had finally turned the corner and 2020 was supposed to be our year.”

YOUTH FOOTBALL: “We are awaiting word from Governor Lee and a decision from the TSSAA,” said Troy Fleming of the Knox County Recreation Department in regard to this season’s Knox Metro Youth Football League.

“Once they decide on what direction high school football is headed, we will make our decision based off theirs,” added Fleming. “Until then, teams may condition but as long as they follow social distancing protocol established under Tennessee Pledge.

KFOA TO MEET: The Knoxville Football Officials Association’s first meeting of the year will be Monday, July 27 at Field No. 1 at John Tarleton Park, starting at 7 p.m.

Rob McConkey is president of the KFOA. TSSAA supervisors in the local association are Harold Denton, Danny Beeler, Howard Russell and John Hibbett.

CLOSING IN: The undefeated Sevier County Cavaliers can wrap up the regular season title with one more win in the East Tennessee High School Baseball League at Smokies Stadium. The Cavs (10-0) play tonight (July 20) at 7:30 against the third-place Seymour Lumber Kings (7-1-1) and go against the Newport Cocks Tuesday at 5.

The top six teams in the standings will advance to the Western Division playoffs, which start Friday.

High School Sports Notebook: Working on Inskip Field for ‘when and if we get to play’ added by design on July 20, 2020
View all posts by design →