By design on November 8, 2020Comments Off on CCS girls’ basketball coach has impressive background 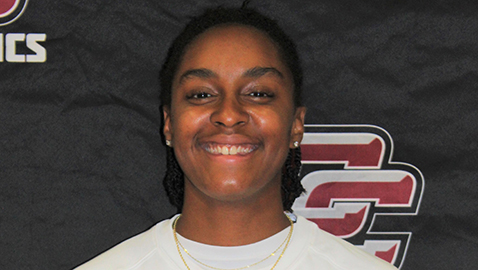 Now Angel Allen is sharing her basketball knowledge and leadership qualities with the Lady Lions.

The TSSAA’s first official practice day for the 2020-21 basketball season was Monday, Nov. 2.

Allen is one of four new head coaches on the local girls’ prep scene. The others are Blake Derrick at The King’s Academy, Travis Mains at Knoxville Catholic and First Baptist Academy’s Freeman Pinkney, who was previously at Catholic.

“I’m excited to be here,” said Allen, who was hired at Concord Christian in early September. “I’m looking forward to challenging these young ladies to strive for excellence in whatever they do.”

Allen graduated in 2015 from Blackman High in Murfreesboro, where she played on two state championship teams. She was team captain her junior and senior seasons at Western Carolina University.

Prior to coming to CCS, she was the assistant women’s coach at Roane State Community College.

Concord Christian also has a new girls’ middle school coach in Patrick Davis, who also will be associate head coach for the high school program. He previously was head varsity coach at Knoxville Christian School for three years.

There are also five new boys’ head basketball coaches on the local scene this season: Aubin Goporo at West, JD Johnson at Christian Academy of Knoxville, Sean Jones at The King’s Academy, JP Payne at Grace Christian Academy and Ryan Ross at South-Doyle.

Tennessee School for the Deaf Athletic Director Rene Skelton said her school will not play basketball this season due to COVID-19.

“We will be hiring a new girls’ basketball coach next year,” she added.