By design on July 26, 2020Comments Off on City may acquire Fountain City Park 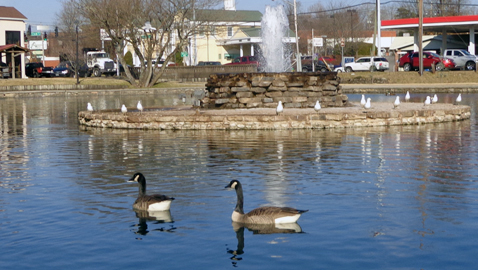 During the City Council meeting earlier this month the members voted to allot $5,175 in grants to the Fountain City Lions Club to help with the maintenance and upkeep at the Fountain City Park and fund mowing there. During the discussion, the city’s Parks and Recreation Director, Sheryl Ely, commented that the city is in talks with that club about acquiring the popular privately-owned park.

The Lions Club owns the 7.9-acre park that features the large duck pond, walking trails, playground, natural spring, picnic area, plaza, club building, Skate Park, and shelters. For years the city has supplemented the club and in recent years rebuilt and maintained the fountain and pond.

Ely said the Lions Club has approached the city about taking over ownership of the park and Deputy Mayor David Brace told the meeting it can become an additional city park. He said the city is “working through it” with the club. 7.9-acre park.

City may acquire Fountain City Park added by design on July 26, 2020
View all posts by design →