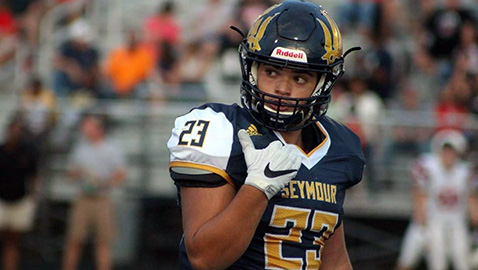 Congratulations to the Student-Athletes of the Year at our local high schools!

A combined total of 44 females and males from 22 TSSAA-member schools in The Knoxville Focus’ coverage area were bestowed the distinction of “Shining the Brightest in Trying Times” in 2019-20.

The recognition of the honorees’ excellence in academics, athletics and leadership began in our May 11 issue and ran through the June 8 issue.

It was The Focus’ ninth consecutive year to have this feature series, which we couldn’t do without the input from our high schools’ athletic directors and coaches. Thank you!

Our appreciation also goes out to faculty members and others who added to the recognition with information, comments and photos.

As for the rest of the girls, two ran cross country and two ran track. Two each considered softball and volleyball their top sports. The female honorees also included a bowler, a golfer, a swimmer and a tennis player.

Twelve of the male honorees’ No. 1 sport was football, followed by three in basketball, two each in baseball and cross country and one each in soccer, swimming and tennis.

Eight of the 44 Student-Athletes of the Year – four females and four males – were three-sport athletes.

HIGH HONOR: Tyler Taff, Seymour’s female Student-Athlete of the Year, was a Valedictorian in her 2020 class in addition to being District 2-AA’s Forward of the Year in girls’ soccer.

Taff, who prior to her senior year also played golf, lacrosse and basketball, plans to major at Tusculum in an area that includes business and finance.

WAITING FOR NEWS: Collin Ironside, Bearden’s male Student-Athlete of the Year, could start out at Troy University this season as a preferred walk-on and scout team quarterback.

The BHS football scholar-athlete said last week he is waiting to hear how much academic scholarship funding he will be awarded and he’s hopeful that it may cover close to all of his school costs.

Ironside also hopes he will be with the Trojans when Troy visits Neyland Stadium in Knoxville Nov. 21 to play Tennessee, a favorite team of his growing up.

Ironside’s name is expected to be added to the TSSAA football record book as the state’s No. 10 ranked quarterback with 595 career completions. He averaged 12 yards per completion during his four seasons as a starter for the Bulldogs.

Bearden Coach Morgan Shinlever confirmed last week he has been in communication with the TSSAA regarding Ironside’s completion total. “We filed the paperwork before the first of the year,” he said.

Another Student-Athlete of the Year, Hardin Valley Academy’s Kelton Gunn, a Furman signee, also may get the opportunity to be inside Neyland Stadium this coming season when the Vols host the Paladins Sept. 19.