By design on October 21, 2018Comments Off on Early Voting Underway 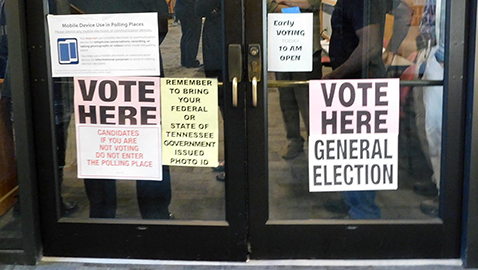 Ten days remain for early voting in Knox County and a heavy turnout is expected.

Voters will be choosing a new Tennessee governor, and a new U.S. congressman and senator. Local races include selecting members of the Tennessee house and senate and each party will also select state executive members.

The Karns Senior Center hours during the period are basically from 9 a.m. until 6 pm. except the center is closed for voting on Saturday and open 9 a.m. until 5 p.m. on Halloween.

Registered voters will need to bring a government issued photo ID, such as a driver’s license,  and may choose to vote in any of the early voting places. During the general election people will be voting in their assigned precincts.

Early Voting Underway added by design on October 21, 2018
View all posts by design →