A Hardin Valley state title ‘is not in the bag’

By design on November 1, 2020Comments Off on A Hardin Valley state title ‘is not in the bag’ 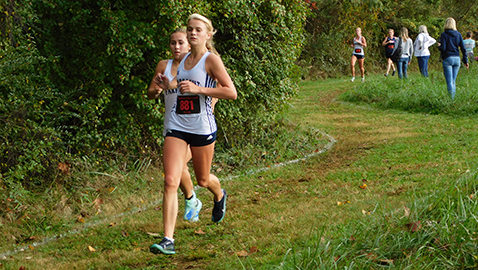 Did Hardin Valley Academy’s cross country team show some chink in its armor with the TSSAA state championships coming up?

“It (the state) is going to be a tough race,” warned Shultz, after Hardin Valley had what he called its “first rough race” of the season.

“It was just one of those races, I don’t know (why). We had a pretty hard workout (four days before). The cold air (this morning) I think maybe affected it a little bit. We just didn’t have that good of a race.

“Overall, we qualified and got the job done, but it was … our first rough race of the season.”

Shultz says the Hawks must put it behind them and move forward.

Shultz also knows bad days happen in all sports and to all athletes.

“I think it was just an eye opener, like the state is not in the bag,” he said. “We’re going to have to work and put our best men and best times forward. We’ll see how it goes at state.”

Hardin Valley had posted a perfect score in the KIL meet earlier in October, but Farragut sophomore Trevor Coggin placed fourth to prevent a repeat in the region.

The Hawks’ Kaden Keller ran three seconds faster (16:21) in his second race on the 5,000-meter course to capture the region title, but three of his teammates were clocked in much slower times.

Shultz posted a 16:37 to place second and senior teammate Alex Brittain was third with the same time (16:40) he had in the KIL.

Sanders Ferry is a 70-acre lakeside park located on a peninsula surrounded by Old Hickory Lake.

Farragut Coach Chelsea Osborne said the day was all about the team.

“It was about all seven of those girls, running as a team, as a pack,” said Osborne. “Going into the state meet, that’s going to be an important thing.”

West freshman Kate Robinson (20:26) got just ahead of the Lady Admirals’ next two runners, Kendall Johnson and Bridgett Ebbert, who were both clocked in 20:27.

Freshman sensation Maddie Archdale took individual honors with a time of 19:42 to lead the Lady Hawks to second place.

West, with five freshmen among its seven runners, placed third to claim the other state berth.

“We’ve got some really good teams in the state,” said Coach Osborne. “The advantage with my girls is they run in such a pack (one through five). Hopefully that’s going to be an advantage when we go up against some of these Middle Tennessee and upper East Tennessee teams.”

Coming into the season, the Brentwood girls looked like the team to beat for the state championship. And they still do, after winning the Region 6 title last week on the Sanders Ferry Park course.

QUARANTINED: Maryville’s Andie-Marie Jones, the top runner in Region 2, didn’t get to compete because she was “contact traced,” said her coach, Landon Harris.

“She was sitting too close to a girl who tested positive (for COVID-19) in school and contact tracing rules are 14 days quarantine, which (included) the region race.”

Jones had the “second fastest time in the state,” according to Harris. “She ran a 17:37 in a meet in Alabama this season.”

Maryville also had another key girl runner and its third and fifth fastest boys quarantined for the same reason.

That played a huge part in both Maryville teams finishing fourth in the region and short of qualifying for the state.

A Hardin Valley state title ‘is not in the bag’ added by design on November 1, 2020
View all posts by design →