By design on October 8, 2017Comments Off on Kapaya and Coughlin capture KIL cross country titles 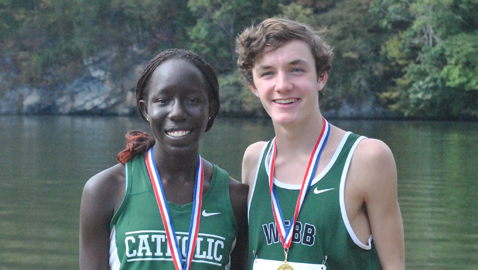 The Knoxville Interscholastic League has a new girls champion in cross country.

Three-time champion Rebecca Story, a senior this year at Christian Academy of Knoxville, did not run in this year’s KIL meet as she was competing in the Wendy’s Invitational in Charlotte.

Carter Coughlin of Webb School kept his streak going in the KIL by winning the boys’ race in 14 minutes, 57 seconds. Coughlin has now won the KIL meet three years in a row.

UPDATE ON STORY: Rebecca said she would be taking an official visit to NC State during her weekend trip. Story, one of the nation’s top prep distance runners, visited Stanford earlier this month and visited Georgetown and Baylor in September.