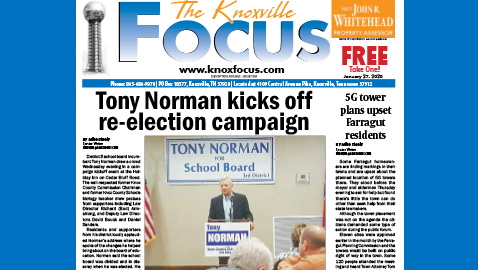 Residents and supporters from his district loudly applauded Norman’s address where he spoke of the changes he helped bring about on the board of education. Norman said the school board was divided and in disarray when he was elected. His election and the election of other reformers tipped the scale to public representation and led to the retirement of Superintendent Jim McIntyre.

“The administration did not understand what it meant to be in the classroom. They didn’t appreciate the classroom, the teachers or the working teams,” Norman said, adding, “I think we’ve been able to change the direction of this system.”

He asked his supporters to help him continue working for the needed changes for the betterment of students, teachers, employees and the administration. Attendees asked several questions that Norman was quick to answer. “I’ve got to have a lot of help to do this. The people after me want me gone,” he said of the effort to unseat him from the school board.

Early voting for the primary begins February 12. Norman has one primary opponent and whoever wins the March 3 primary will become the new representative for the 3rd District.