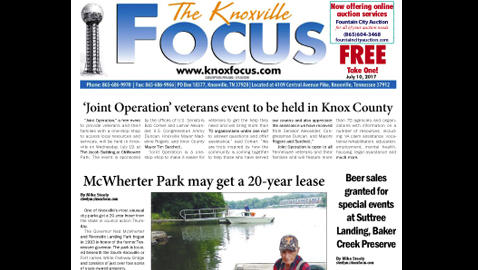 McWherter Park may get a 20-year lease

One of Knoxville’s most unusual city parks got a 20-year lease from the state in council action Thursday.

The Governor Ned McWherter and Riverside Landing Park began in 1993 in honor of the former Tennessee governor. The park is located beneath the South Knoxville or Fort James White Parkway Bridge and consists of just over four acres of state-owned property.

The 20-year lease, which will replace the already expired agreement between the city and the Tennessee Department of Transportation, won’t cost the city any local funds. The city agree to maintain the park during those years.

Currently the park, seldom used by local residents except for parking under the span, has a fishing pier, a boat ramp, picnic tables and a playground. The dock at the landing is owned and maintained by the Knoxville Rowing Association.

The park, at 1648 Riverside Drive, is currently the eastern end of James White Greenway which stretches west to the Neyland Greenway. The park also has a connection to the Morningside Greenway and eventually plans call for a connection atop the bridge to the South Waterfront and Will Skelton Greenway.