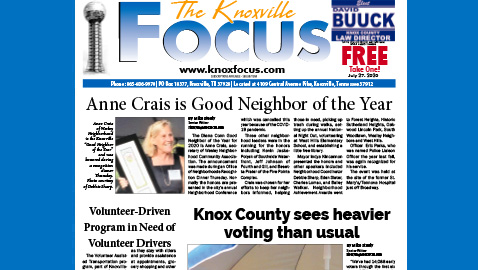 Anne Crais is Good Neighbor of the Year

The Diana Conn Good Neighbor of the Year for 2020 is Anne Crais, secretary of Wesley Neighborhood Community Association. The announcement was made during an Office of Neighborhoods Recognition Dinner Thursday. Normally the honors are presented in the city’s annual Neighborhood Conference which was canceled this year because of the COVID-19 pandemic.

Three other neighborhood leaders were in the running for the honors including Kevin Jeske-Polyak of Southside Waterfront, Jeff Johnson of Fourth and Gill, and Beaetta Prater of the Five Points Complex.

Crais was chosen for her efforts to keep her neighbors informed, helping those in need, picking up trash during walks, setting up the annual National Night Out, volunteering at West Hills Elementary School, and establishing a little free library.

Officer  Eric Parks, who was named Police Liaison Officer the year last fall, was again recognized for his service.

The event was held at the site of the former St. Mary’s/Tennova Hospital just off Broadway.