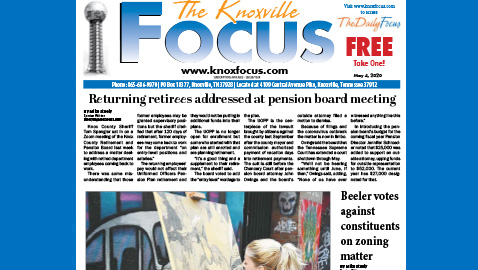 The COVID-19 pandemic has played havoc with the 2020 Dogwood Arts Festival, causing many of its signature events to be canceled or postponed. But the festival still went on virtually and the organizers still kept up the tradition.

On Friday the festival officials announced the winners of the annual art contest, which was held online this year.

Voting was held from March 31 through April 30 and Shannon Herron, Dogwood Arts Festival Media Coordinator, said that 1,245 votes were cast and that represents the most ever.

He also noted that over 6,000 people from all 50 states visited the display on the festival’s website, allowing it to keep up a tradition that goes back nearly six decades.

Since 1961, the festival has showcased the work of artists. In recent years, the art was displayed in Market Square during the festival but the coronavirus pandemic forced the annual event to be shut down.

But the Dogwood Arts Festival didn’t give in. Festival officials continued the tradition virtually, displaying the work online and allowing people to vote.

“This is our busiest time of the year,” said Herron. “We were all disappointed but we wanted to keep up this tradition.

“We usually do it at Market Square but this year, we couldn’t but we know that people come from all over to the festival and we know that the art is the livelihood for a lot of these artists, so we wanted to award $1,000. We wanted to help the artists.”

This is not the first event to be continued virtually this year. The annual Chalk Walk was exhibited and judged virtually. This year, the annual event had more than 200 artists participate and 19,500 votes were cast.