By design on March 8, 2020Comments Off on Plumlee takes reins of Central baseball program 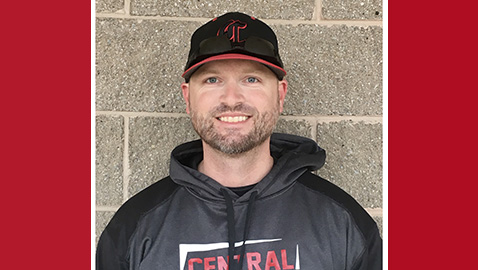 Central’s Dustin Plumlee will make his debut today as a high school head baseball coach when the Bobcats play their season opener at Tommy Schumpert Park.

Plumlee said he heard over Christmas break that Parrott got a new job and wasn’t going to be able to continue. “I was excited and told him I would be glad to lead our guys,” said Plumlee.

Parrott coached Central two seasons and was the latest among several head coaches the Bobcats have had in recent years.

“He provided stability and a solid base that Coach Plumlee can build off of,” said Lambert.

Plumlee is looking forward to the challenge.

“They’ve had some turnover lately in the baseball coaching position and they were looking for someone who wanted to be here and stay here,” he said, recalling his interview for the position. “They’ve given me the opportunity that I was highly interested in and that first opportunity means the world to me, so I owe them to be loyal and do what it takes to get the Central program back to what it used to be.”

Plumlee said his only previous experience as a head coach was coaching a summer travel team of eighth and ninth graders after graduating from college in 2009. “I basically did it because one of the parents asked me.”

Plumlee was a three-sport standout in baseball, football and basketball at Powell High, where he graduated in 2004 and went on to become a weekend starting pitcher in college at Cleveland State and East Tennessee State.

Plumlee is aware of Central’s tradition in baseball. “They’ve had really good baseball teams historically. I played summer league ball with some of the guys that played at Central.”

He believes the program is currently on the upswing. “We had a good solid season last year, starting six sophomores and one freshman and they all return.

“I’m excited about it and I think we’re going to play well. We’ve grown up a lot since last year as a program and we’re finally getting that confidence back that Central used to have as far as we’re to the point where we know that we can compete with everybody. That’s a starting point and now we’ve just got to keep growing as a baseball team in general.”

Dustin and his wife Katlin have two daughters – Addyson, who is 4½, and Korbyn, who is six months old.

Central will host Clinton this afternoon at 5:30 in a District 3-AAA game. The Dragons’ Rob Stacy also will be making his debut as a head coach. He was an assistant coach at David Crockett High last season and also previously assisted at Pikeville University.