The Nomination of Judge John J. Parker to the U.S. Supreme Court, II

By design on December 20, 2020Comments Off on The Nomination of Judge John J. Parker to the U.S. Supreme Court, II 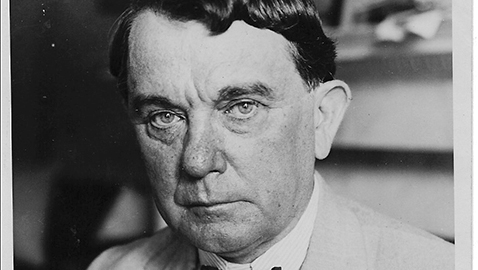 Edward Terry Sanford, an Associate Justice of the U. S. Supreme Court, had set out for a routine visit to his dentist’s office on the morning of March 8, 1930. Within a few hours, Justice Sanford was dead. President Herbert Hoover nominated Fourth Circuit Court of Appeals judge John J. Parker of North Carolina to fill the vacancy on the Supreme Court left by Justice Sanford’s death. Opposition immediately ignited from organized labor who believed Judge Parker was adamantly opposed to their rights. That belief was based upon an opinion issued by Judge Parker involving the matter of “yellow dog contracts” and the United Mine Worker’s Union. Another source of opposition to the nomination of Parker came from the NAACP who cited a racist comment made by the judge during his 1920 campaign as the GOP candidate for governor of North Carolina.

A curious coalition of progressive Republicans and Southern Democrats coalesced in opposition to the nomination of Judge John J. Parker. Tennessee was represented in the United States Senate at the time by Kenneth D. McKellar of Memphis and William E. Brock of Chattanooga. Both were Democrats and McKellar was, by profession, an attorney, while Brock was a highly successful businessman; in fact, it had been Will Brock who had invented the chocolate covered cherry. The Chattanooga candy king had been appointed to the U. S. Senate by Governor Henry Horton on September 2, 1929 to fill the vacancy caused by the death of Senator Lawrence D. Tyson. Brock was the grandfather of Bill Brock a Republican congressman and senator from 1963-77.

McKellar was the first person ever to be elected to the United States Senate from Tennessee by popular vote; previously senators had been elected by the state legislature.

Senator McKellar was one of the more outspoken critics of President Herbert Hoover in the Senate of the United States. McKellar was a shrewd man, always on the ready to do whatever he could for Tennessee and Tennesseans. Plain spoken to the point of bluntness, courtly with the people he represented, and possessed of an oftentimes volcanic temper, Tennessee’s senior senator would play an important role in defeating the nomination of Judge John J. Parker to sit on the Supreme Court of the United States.

As the nomination of Judge Parker was being considered by the Senate, Senator McKellar was active in avidly supporting legislation sponsored by Nebraska’s George W. Norris regarding Muscle Shoals, Alabama; it was the forerunner of the legislation creating the Tennessee Valley Authority. McKellar had found a serious flaw in the original legislation pushed by Norris, which the Nebraskan had amended to protect Tennessee interests and produce fertilizer, which benefitted farmers. Senator Norris, a progressive Republican, had bolted his own party to support the presidential candidacy of Democrat Al Smith in 1928. Norris was also the chairman of a subcommittee of the Senate’s Judiciary Committee hearing the Parker nomination. Senator McKellar spoke over the CBS network on behalf of the Muscle Shoals bill to the country in early April of 1930.

McKellar was also involved at the time in an attempt to help Harry Anderson of Memphis, a federal judge who had been accused of financial misconduct in dropping charges against a wealthy lumberman. That particular businessman had faced lurid charges involving “white slavery” and purchasing the interest of the judge’s father in the lumber business. A subcommittee of the Senate Judiciary Committee was hearing evidence in the case of Anderson and McKellar and Congressman Hubert Fisher of Memphis were doing what they could to help the judge, as both men believed the charges against the judge to be false. Senator McKellar and Congressman Fisher successfully arranged for Judge Anderson to appear personally before the subcommittee, which the press acknowledged was “unusual” for the time.

Senator McKellar was also riled by a letter sent by President Hoover to the chairmen of the House and Senate Appropriations Committees, warning legislation considered by those panels would potentially increase expenditures by some $300 million. McKellar responded by introducing a resolution in the Senate calling on the President to specifically name the bills which would increase spending. McKellar’s resolution called for Hoover to designate which, among 125 bills, he approved and list those of which he disapproved. The President had warned of a prospective deficit in the Treasury should the Congress approve the spending bills before the respective Appropriations Committees. Nor did McKellar ignore more parochial matters; the senator kept his eye firmly fixed upon Tennessee and was busy acquiring a new post office for Chattanooga, among others.

Senator McKellar engaged in a brief exchange with E. D. “Cotton Ed” Smith of South Carolina when the Tennessean spoke on behalf of the nomination of Robert M. Jones to serve on the Interstate Commerce Commission. Following McKellar stating his opinion Jones was a mighty fine attorney, Cotton Ed Smith rose from his desk on the Senate floor and said it really amused him greatly to hear the implication any man who was a lawyer was therefore well-qualified for any job in America. “It depends on what kind of a lawyer he is,” McKellar retorted. Senator Smith snorted if a lawyer was the sort of attorney he had been associated with, the gentleman should be questioned closely. “Perhaps the senator has not associated with very good lawyers,” McKellar speculated. “I have not,” Smith snapped, “not in this body.”

Yet the nomination of Judge John J. Parker had been endorsed by two U. S. Circuit judges, five former presidents of the American Bar Association, as well as the incumbent president of the Bar Association. Parker had also been endorsed by ten U. S. District judges, a host of state judges, and at least twenty-two heads of state and county Bar associations. No individual or entity questioned the character of John J. Parker, although the New York Times complained Parker seemed too eager, “too much like a candidate for the office of sheriff.”

Senator Kenneth McKellar spoke before the Senate giving the reason why he could not support the nomination of Judge John J. Parker and would vote against Parker’s confirmation. McKellar, as part of his speech, read a copy of a letter written by Joseph M. Dixon of Montana, a progressive Republican who had served as U. S. senator and governor of his state, to Walter Newton, President Hoover’s secretary, or Chief of Staff. Joseph M. Dixon urged the appointment of Judge John J. Parker to the U. S. Supreme Court. At the time the letter was written, Dixon was serving as First Assistant Secretary of the Interior in the Hoover administration. Dixon’s letter advised Newton, “North Carolina gave President Hoover 65,000 majority. In my judgment, it carries more hope of future permanent realignment with the Republican party than any other of the Southern states who broke away from their political mooring last year.” Dixon told Walter Newton, “The naming of Judge Parker…would appeal mightily to State pride. It would be the first distinctive appointment made from the South…” The former governor concluded by assuring Newton he believed, “the naming of Judge Parker to the Supreme Court would be a major political stroke.” Dixon thought due to Parker’s relatively young age (the Judge was 45 at the time he was nominated for the Supreme Court) “and has not reached the senile stage” it would “give a distinctive flavor in the matter of a Supreme Court appointment.”

It is likely extraordinarily difficult for modern readers to assess just what a bombshell revelation the Dixon letter was at the time. One must keep in mind, in 1930, the South was almost entirely and overwhelmingly a one-party region. In a few states, notably North Carolina, Tennessee, Texas and Virginia, there were pockets of Republicanism, but the GOP was no threat in any Southern state to the primacy of the Democratic Party. In fact, the Republican Party barely existed in most Southern states and largely served one purpose: serving as the patronage arm for federal appointments under Republican presidential administrations. Democrats had been seriously shaken by the election returns from the 1928 election and few officeholders doubted that if voters would cast their ballots for a Republican candidate president, it would become all the easier to vote for GOP candidates for lesser offices. Certainly, Senator McKellar clearly remembered the Republican tidal wave in 1920, which saw Tennessee vote for Warren G. Harding for president. That election also swept out Governor A. H. Roberts and several entrenched Democratic congressmen. The threat of a genuine two-party South did not appeal to Southern Democrats at all.

The Knoxville News-Sentinel’s Washington correspondent, Marshall McNeil, wrote a column detailing the defeat of Judge Parker’s nomination to sit on the Supreme Court. McNeil wrote it was Senator Kenneth McKellar who “observers believed, dealt one of the most telling blows against the confirmation of Judge John J. Parker…” McNeil quoted those same “observers” as agreeing “the Joseph M. Dixon letter that McKellar read in his speech against Parker” was “one of the two high spots of the third day of debate on the Parker nomination.” The other was a speech made by Senator Robert F. Wagner of New York. Contemporary opinion believed Senator Wagner’s speech had caused Southern Democrats to support the nomination of Judge Parker, while McKellar’s had helped to swing the political pendulum back. Hoover’s Attorney General, William DeWitt Mitchell, denied the President had even seen Dixon’s letter. Senator Furnifold M. Simmons, who had bolted the Democratic Party when it had nominated Alfred E. Smith for president, urged the appointment of Judge Parker. Senator Simmons sent a wire to his fellow party bolter, Tom Heflin of Alabama, to “pair” his vote in support of confirmation.

In speaking to the Senate, McKellar said, “That Judge Parker is a man of high character, no one will doubt. However, after the most careful consideration and painstaking investigation I have concluded to vote against his confirmation.”

Senator McKellar wrote his speech out by long hand on Wednesday morning and then read it aloud to his secretary. According to Marshall McNeil, McKellar made “changes galore” before finishing a final draft of the speech detailing why he opposed Judge Parker’s nomination. McKellar scoffed at the notion, uttered by Ohio Republican Simeon Fess, that a vote against Judge Parker was nothing less than a vote against the Supreme Court as an institution. In his typically blunt fashion, Senator McKellar dismissed Fess’s argument, saying, “His statement is certainly untrue in my case.” Rather, McKellar said his vote against Judge Parker’s nomination was a vote “to uphold confidence and respect in that court.”

McKellar, still to this day Tennessee’s longest serving United States senator, spoke plainly and, as usual, left no doubt about where he stood on the issue of Judge John J. Parker’s nomination to serve on the Supreme Court. Prior to McKellar’s speech, Tennessee’s junior senator, William E. Brock, had not announced how he intended to vote on Parker’s nomination. There was a general assumption amongst the news media that Senator Brock would vote to confirm Judge Parker’s nomination.

The Nomination of Judge John J. Parker to the U.S. Supreme Court, II added by design on December 20, 2020
View all posts by design →