The Nomination of Judge John J. Parker to the U.S. Supreme Court, IV

By design on January 3, 2021Comments Off on The Nomination of Judge John J. Parker to the U.S. Supreme Court, IV 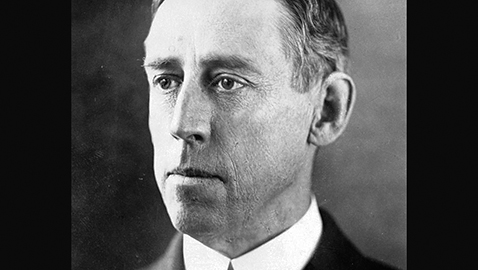 As the United States Senate considered the nomination of Judge John J. Parker to serve on the U. S. Supreme Court, a variety of allegations were flung about publicly, not the least of which was a member of the Senate having been offered a judgeship if he would vote for Parker’s confirmation.

It was Tennessee’s wily senior senator, Kenneth D. McKellar, who created a media sensation when he produced a copy of a letter written by Joseph M. Dixon, then serving as First Assistant Secretary of the Interior, to President Herbert Hoover’s Chief of Staff, Walter Newton. Dixon, a former U. S. senator and governor from Montana, had been born in Parker’s home state of North Carolina. Dixon’s letter spoke of a political realignment in the Southern states, several of which had supported Herbert Hoover in the 1928 election. Dixon described the nomination of John J. Parker to fill the vacancy on the Supreme Court caused by the death of Edward T. Sanford of Tennessee would be nothing less than a “master political stroke.” Senator McKellar read Dixon’s letter on the Senate floor, which sent newspapermen running, as it confirmed one of the charges made against Parker’s nomination: that it “was inspired by political purposes.”

Judge Parker’s nomination was also heatedly opposed by organized labor and Senator Robert F. Wagner of New York was one of labor’s champions inside the U. S. Senate. In the debate swirling around Parker’s nomination, Wagner spoke in opposition, dismissing the judge as “Just another lawyer.” Senator Wagner was unimpressed by the speeches of his colleagues who urged approval of Parker’s nomination. Those arguments amounted to little more than the claim John J. Parker merely possessed the “usual stock in trade of the lawyer.” Wagner said there had been no evidence presented that convinced him Judge Parker comprehended “the great social and economic problems confronting the Supreme Court.” Nor did Wagner believe Judge Parker had the wisdom or “statecraft” to solve any of the country’s pressing problems. Senator Wagner addressed Parker’s statement about limiting the rights of blacks to vote, declaring it “insufferable.” “Judged by the available record, he is obviously incapable of viewing with sympathy the aspirations of those who are aiming for a higher and better place in the world. His sympathies,” Wagner said, “are with those who are already on top, and he has used the authority of his office and the influence of his opinion to keep them on top and restrain the strivings of others, whether they be an exploited economic group or a minority racial group.”

Paul Y. Anderson, a staff correspondent for the St Louis Post Dispatch wrote he thought Senator Robert Wagner’s speech was “one of the most impressive” during the Senate debate on Judge Parker’s nomination. Just days before the final vote, Anderson wrote the outcome was unknown, with the end result expected to be very close. It was entirely possible Vice President Charles Curtis would be able to exercise his prerogative of breaking a tied vote. Anderson wrote where opponents of Judge Parker’s nomination had once been confident, they appeared to have doubts. There were, according to Paul Anderson, a number of Democrats who had yet to make up their minds on whether to vote for or against Judge Parker’s nomination. Senator Daniel O. Hastings, a Republican from Delaware, angrily asserted it was not the opposition of organized labor that doomed the nomination of Judge John Parker. Hastings said “it was not the Red Jacket Coal Co(mpany) decision that is about to defeat Parker,” the senator from Delaware shouted. “I think it may be true that the Liberals are stirring the country and the Senate to reject this man” as part of a plan for the future. “It is demanded now that nominees for the Supreme Court bench shall be liberals and no longer conservative,” Senator Hastings charged. The senator thought that a “dangerous” notion.

Judge John Parker wrote a letter to Senator Lee S. Overman of North Carolina as a means of stating his own case and answering his critics. As intended, Overman quickly made the letter public, releasing its contents to the press. The Senate Judiciary Committee had voted to unfavorably recommend Judge Parker’s nomination to the full Senate. The committee had also defeated a motion to allow the judge to appear before it to answer the charges made against his nomination. Judge Parker said he was certainly not anti-labor; the judge explained in his letter to Senator Overman he had merely “followed the law as laid down by the supreme court…”, which also happened to be true. Parker pointed out, “It is of course the duty of the lower federal courts to follow the decision of the supreme court. Any other course would result in chaos.” Parker wrote as to the statement he had made during his 1920 campaign for governor of North Carolina as the republican nominee, he had been answering a charge made by his Democratic opponent, who had accused him to attempting to organize black voters “and restore the conditions of the reconstruction era.” Parker said he had denied that he or the North Carolina Republican Party was trying to organize black voters, much less reimpose the conditions of reconstruction. “I at no time advocated denying them (black voters) the right to participate in the election in cases where they were qualified to do so, nor did I advocate denying them any other of their rights under the constitution and laws of the United States.”

Senator McKellar spoke against the nomination of Judge John J. Parker on the same day his colleague Robert F. Wagner did – – – April 30,1930. It was then McKellar created yet another media sensation by reading Joe Dixon’s letter to Walter Newton to his colleagues and the rest of the world. McKellar acknowledged he could not say President Hoover had even been influenced by Dixon’s letter, but he also stated he did not care to hear “the charge of politics” hurled at him by friends of Judge Parker during the debate. McKellar took issue with Simeon Fess of Ohio, a Republican, who had said the campaigns against Charles Evans Hughes for Chief Justice and John J. Parker to serve as an associate justice of the Supreme Court was nothing less than a “socialistic movement.” Called down by the peppery Tennessean, the senator from Ohio replied he did not mean every senator opposing the Parker nomination was a socialist but insisted the “recent opposition has had socialistic interests at heart.”

At the time of Judge Parker’s nomination to the Supreme Court, Tennessee’s junior United States senator was William Emerson Brock of Chattanooga. A Democrat, Brock had been appointed to serve in the Senate September 2, 1929 to fill the vacancy caused by the death of Senator Lawrence D. Tyson. Brock was a highly successful businessman, a candy manufacturer who had invented the chocolate covered cherry and the grandfather of his namesake, William E. Brock, III. The younger Brock served in the House of Representatives and the United States Senate as a Republican from 1963 – 1977, as well as Chairman of the Republican National Committee and U. S. Trade Ambassador and Secretary of Labor under President Ronald Reagan.

McKellar’s speech in the Senate certainly influenced at least one of his colleagues. Prior to McKellar speech, W. E. Brock had been counted amongst those Democrats favorable to Judge Parker’s confirmation. Senator Brock, along with McKellar, voted against confirmation of Judge John J. Parker to serve on the Supreme Court. If so, Senator Brock’s vote was decisive in defeating the nomination of John J. Parker to serve on the U. S. Supreme Court.

Senator McKellar was once again in the newspaper headlines when he noted his Senate office had been broken into, causing the Tennessean to speculate “probably by secret service agents.” McKellar’s Tennessee colleague, William E. Brock, said his office had been broken into as well, although the only things taken were a desk pad and a couple of pens. Reed Smoot, a stern Mormon elder and Republican from Utah, reported his office had been the victim of a similar burglary and once again, the only items taken were a couple of “new” pens. McKellar said as far as he could ascertain, nothing had been stolen from his office but it was most certainly “left in a mess.”

The full Senate rejected the nomination of Judge John J. Parker to serve on the Supreme Court, but the vote was incredibly close, 41 – 39. Had but a single member of the Senate changed his vote from nay to aye, Vice President Charles Curtis could have broken the tie and voted for Parker’s confirmation. Sixteen senators, for various reasons, did not vote. Two senators normally associated with progressives and both Republicans from the state of South Dakota, Peter Norbeck and William McMaster, did not vote. Twenty-nine Republicans and ten Democrats voted to confirm Judge Parker’s nomination, while seventeen Republicans and twenty-three Democrats voted against confirmation. Henrik Shipstead, a member of Minnesota’s Farmer-Labor Party, voted against confirmation. Among those not voting were ten Republicans and six Democrats.

Senator Charles Deneen, a Republican of Illinois, had heard from numerous black constituents who telegrammed, telephoned or wrote their opposition to Judge Parker’s nomination, especially in the Chicago area. Deneen, facing a serious primary challenge from Congresswoman-At-Large Ruth Hanna McCormick, voted against Judge Parker’s confirmation. Deneen’s colleague, Otis F. Glenn, did not vote. Senator Glenn, a Republican, likely did not wish to vote against the Hoover administration, but apparently neither did he wish to vote against tens of thousands of his constituents.

It is interesting to note, of the ten Republican senators not voting on Judge John J. Parker’s nomination to serve on the U. S. Supreme Court, six were either up for reelection in 1930 or their terms were expiring.

As might be expected, John J. Parker was both deeply disappointed and distraught about the failure of his nomination to serve on the U. S. Supreme Court. Parker had a distinguished career as a judge and served as a judge during the Allied Tribunal in Nuremberg in trying Nazi war criminals. Looking back, scholars who have studied Parker’s entire legal career say they could not detect any evidence of racism in his judicial opinions or application of the law. John J. Parker continued to serve on the Fourth Circuit Court of Appeals until his death on March 17, 1958.

The Nomination of Judge John J. Parker to the U.S. Supreme Court, IV added by design on January 3, 2021
View all posts by design →