By Tom Mattingly Before the 1972 season, night games were not part of the Tennessee football experience. There were no lights at Shields-Watkins Field/Neyland Stadium, and the Vols played sparingly under the lights on the road or in bowl games. There were night games at Florida and against Arkansas in the Liberty Bowl in […]

~ from the Office of Neighborhoods Town Hall East is hosting its Annual Educational Roundtable via Zoom on Monday, May 10, from 7-8:30 p.m.   The purpose of the Roundtable is to invite local schools to present their activities, accomplishments, and needs. After introductions of the schools by Knox County Schools Board of Education member […]

By design on May 9, 2021   Archived Editions, Archives, Stories In This Week's Focus: 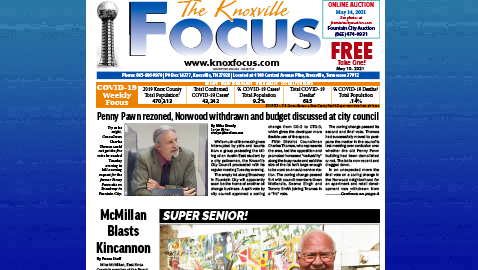 Penny Pawn rezoned, Norwood withdrawn and budget discussed at city council   By Mike Steely Senior Writer steelym@knoxfocus.com While much of the meeting was interrupted by yells and taunts from a group protesting the killing of an Austin-East student by a city policeman, the Knoxville City Council proceeded with its regular meeting Tuesday evening. The […]

Kincannon caves in to her far left base

By Steve Hunley City Mayor Indya Kincannon has caved in to the ultimatum of the radical leftists who have demanded school security officers be withdrawn from our school campuses. Kincannon sent a letter to Superintendent Bob Thomas, Knox County Mayor Glenn Jacobs, Sheriff Tom Spangler, Board of Education Chair Susan Horn and District Attorney General […] 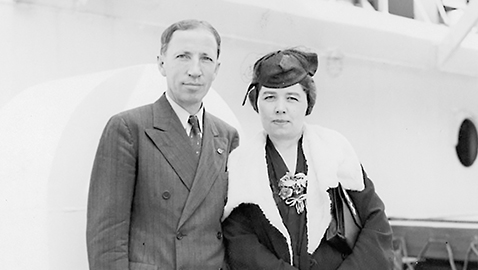 Nixon, a man who never gave up

By John J. Duncan Jr. Richard Nixon was probably the most hated man in American politics until Donald Trump was elected president. Yet, like Trump, Nixon was also loved by millions, and the last time he ran for election, in 1972, he won Tennessee overwhelmingly, 813,000 to 357,000. And because Nixon’s life had so many […]

Will the Circle Be Unbroken?

Nothing connects the country like country. Ken Burns By Dr. Jim Ferguson A reader thanked me for last week’s essay about the Tennessee River and travel. In the essay I used Forrest Gump’s metaphor regarding life as a “box of chocolates.” Well, this week’s essay from Ferguson’s topical “sampler” may surprise the occasional reader, but […]

American flag retirement event to be held this weekend

By Mike Steely Senior Writer steelym@knoxfocus.com Have you ever seen the proper retirement of a United States flag? Did you know there is an official way to do it? On Saturday, May 15 the American Legion Post and the cadets of the Army JROTC Cherokee Battalion of South-Doyle High School will host a retirement […]