Goodwill finds much to celebrate 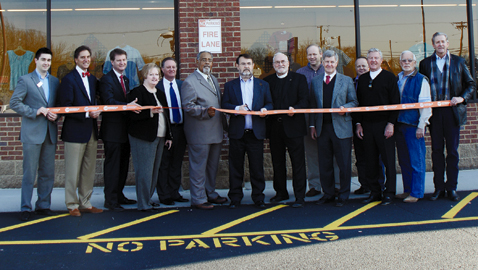 One Epic Party…Merle FM Rocks The Boat with Amazing Talent

Back in June of 2012, I wrote this article http://www.knoxfocus.com/gab_gallery/2012-cma-music-festival/.  In the article I highlighted two amazing artists. Greylan James and Rachel Holder. Tonight for the first time  both talents performed at the same venue.  Merle Fm held their “ACM  Nomination Party,” on the Tennessee Riverboat. The performances, the atmosphere, and the camaraderie, truly made […]

KUB will close one northbound and one southbound lane of traffic on Chapman Highway in the vicinity of the Sevierville Pike intersection daily between 9 a.m. – 3 p.m. beginning Tuesday, April 2, and lasting through Wednesday, April 3, as work continues on the electric distribution system in this area. One northbound lane and one […]

Statement by the President on Easter Weekend

While searching the Knox County government website I noticed an “irregularity in numbers.”  You can find the page in question here http://knoxcounty.org/finance/line_item.php   A quick email to the finance director cleared everything up. “ Dan, We need to update this page on the website and put up the most recent Line Item Transfers. The August […]

Must be real good water for the Knox County Clerk's Office to spend $2400.00

After doing some research today and combing through Knox County Purchasing  numbers http://knoxcounty.org/apps/purchasing-po/results.php I discovered that it appears the County Clerk’s Office is “spending money like water!” Please note, the same date is for different locations such as satellite offices.         07/06/2012 2013 County Clerk 13000100 English Mountain Spring Water Company $864.00 […]

Brown, Corso To Be Honored At DISH Orange And White Game

Texas coach Mack Brown has been named 2013 recipient of the Neyland Trophy. Lee Corso is this year’s recipient of the Lindsey Nelson Broadcasting Award. The award presentation takes place Saturday, April 20, at 10 a.m., at the East Tennessee Chapter of the National Football Foundation and Hall of Fame brunch at The Foundry in […]

If you mention the movie “October Sky” in or around Knoxville, chances are you’ll hear someone say they have friends, relatives or neighbors who appeared in the film. Thanks to the Knox County Public Library, the community has a chance to check out the movie on the big screen once again, this time outside as […]