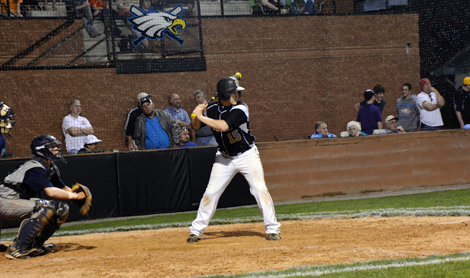 By Ken Lay Gibbs High School’s baseball team used a big second inning to keep its perfect district record intact Tuesday night. The Eagles (14-4 overall, 6-0 in District 3-AA) scored five runs in the second inning of their 7-0 victory over Union County before a packed house at Steve Hunley Field. It was the […] 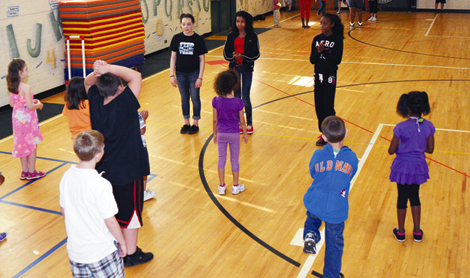 The featured Town of Farragut event was the sixth annual “Farragut Book Fest for Children” held on Saturday, April 13 from 10 a.m. to 2 p.m. at Campbell Station Park. Sponsored by the Farragut Arts Council and the Knox County Library Farragut Branch, this event was free and featured storytellers, book signings by […]

Mayor Rogero took time out of her busy schedule to promote and support the struggling community of South Knoxville.  The Rogero administration has been hard at work with a number of plans in action to help South Knox. Such actions include the following.  The redesign and realignment of the entrance to Fort Dickerson off […]

Last night at the Lincoln Day Dinner, lengendary WWE wrestler “Kane”  attended the event to hear Ron Paul speak. He was very friendly and posed for pictures with fans.

The Silver Leaf community of East Knoxville welcomes seven new homes built by Habitat for Humanity. I stopped by Thursday evening to photograph the volunteers in action.

Soul on the Square an Amazing Success

On Thursday night at Latitude 35 award winning radio host Hubert Smith held a fundraiser dinner. The event featured  amazing music, great food, fabulous door prizes, and an auction.  The event was sold out and is quickly being noted as one of the top social event parties of the year in Knoxville. Redeeming Hope […]

Nearly 40 Knoxville restaurants with 80 locations throughout Knox County will participate in the 10th annual Knox County Schools “Dine Out For Education” event on Tuesday, April 16, 2013. All participants have to do is eat at participating restaurants on April 16, and 10 percent of their pre-tax total will be donated to the Knox […]

It's Coming! He'll Be There. Will You?

The annual University of Tennessee spring football game, the DISH Orange and White Game, will be played at Neyland Stadium on Sat., April 20 and will feature free admission for all fans as part of the Fan Appreciation Day initiative from UT Athletics. Kickoff is slated for 2:05 p.m. In addition to free admission to […]

DR. JERRY PUNCH TO HEADLINE TENNESSEE BASEBALL LUNCHEON   KNOXVILLE, Tenn. – CBS and ESPN analyst Dr. Jerry Punch will be the guest speaker at the second Tennessee Baseball Luncheon of the year, set to be held Thursday, April 18 at noon in the MVP Club Room at Lindsey Nelson Stadium.   Tickets for the […]