By Ralphine Major Jeff and Orlena Knisley were parents to sixteen children, fourteen of whom survived into adulthood.  I knew several of the Knisley siblings from my earliest memories at Fairview Baptist Church.  They held leadership roles in many areas of the church. Clifford Knisley worked in Oak Ridge, Tennessee.  He started the Royal Ambassador  […]

By Ralphine Major They moved from Union County to Knox County in 1912 and joined Fairview Baptist Church in Corryton, Tennessee.  The Knisley family began a long association with the church and community.  Since that time, there have been children, grandchildren, or great-grandchildren who have continuously attended Fairview Baptist.  Today, the Knisley family numbers into […]

By Ralphine Major It is a bright-red fruit that has drawn thousands to Grainger County, Tennessee, for the past 24 years!  The Grainger County tomato has a very unique and wonderful taste.  Absolutely delicious!!  A pleasant drive up Emory Road showcased the beautiful East Tennessee mountains in the distance, often draped in an early morning […] 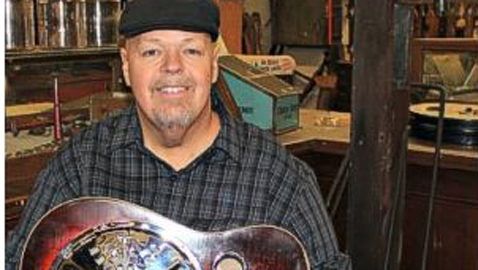 By Ralphine Major I looked at the leafy, green lily bush now wilted by summer’s stifling heat.  I see leaves that have already fallen from trees and try to decide, is it still summer—or early fall?  July brought a flurry of “Christmas in July” events including special promotions and sales, a line-up of favorite Christmas […]

School Bells Ringing in the Distance!

By Ralphine Major The days of summer vacation are dwindling, and the start of school is almost here!  It is fun to think back to our school days when a day was set aside to go to town.  That would be downtown Knoxville.  There were no malls in the sixties.  When we did not drive […]

By Ralphine Major Hot sweltering days, stormy afternoons and fireflies lighting up the summer evenings. We are in the middle of July and what is often called the dog days of summer. Those familiar summer scenes we wait all year long to enjoy will soon be giving way to others. Neatly planted rows of corn, […]

By Ralphine Major They were first cousins, all linked together by the “Loy” name.  I knew some of them by their married names.  This black and white photo captured a special moment in the young lives of these Loy cousins.  What a great memory it gives their family and friends to have a snapshot of […]

By Ralphine Major I always thought she belonged to Knoxville and Tennessee. Sometimes, I almost forgot that along the way, this local celebrity became a national icon. Pat Head Summitt was the Head Coach of the Tennessee Lady Vols for 38 years. Pat’s life story sounds like something in a movie: a farm girl […]

Secret Life of the Bees

By Rosie Moore No, I am not plagiarizing the entertaining and informative book by Sue Monk Kidd. I do want to know about the secret life of the bees. I have started to add honey to my food regimen in place of sugar and found out seven surprising facts about it. All of these facts […]

By Ralphine Major ralphine3@yahoo.com It was a simple gesture.  As the words of “America the Beautiful” rang throughout the church, a lady in the balcony started waving her flag.  Then another waved—and another.  I watched as everyone in the church began waving their flags.  It was a moving and humbling sight as hundreds of American […]