‘Committed to what they were doing’

By Tom Mattingly Sometimes a team can win a game before they actually win it, even before they come out for pre-game warm-ups. There are times that the seemingly “little things,” ones no one else sees, can definitely make a difference. That was the case Nov. 8, 2003, when No. 18 Tennessee showed up at […]

‘If this is Shreveport, is it basketball or football?’

By Tom Mattingly Knoxville Fulton High School’s Ron Widby did it all on the football field and the basketball court during his time at the University of Tennessee, but no two days were more hectic than in mid-December 1965. It was during the time football and basketball seasons overlapped, and that was definitely the case […]

By Tom Mattingly The day was Nov. 15, 1969. Historically, it was the day of the “Jackson Massacre,” the 38-0 loss to Ole Miss at Mississippi Memorial Stadium that put a considerable damper on the 1969 Tennessee football season. Tennessee was No. 3 in the nation and headed for bigger and better things, maybe even […]

By design on August 2, 2020   Columnist, Mattingly, Stories In This Week's Focus: 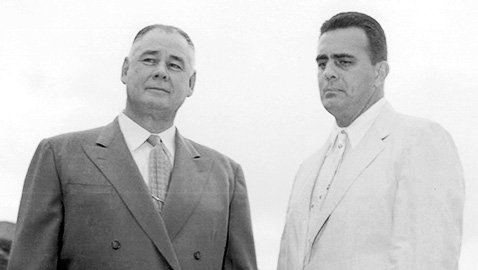 By Tom Mattingly Does anybody in the reading audience remember the first time they went to a game at Shields-Watkins Field or, after the 1962 Alabama game, Neyland Stadium? For me, the day was Oct. 5, 1957, when the Vols squared off against Mississippi State. Kickoff time was 2 p.m. The game started an 8-year […]