By Ralphine Major ralphine3@yahoo.com It was a long night on that Palm Sunday, April 1, 2007.  Our mother suffered a heart attack after experiencing nausea and cold sweats.  My brother and I sat in the waiting room for hours while the doctors put stents in to open the blocked artery.  Then, it was more waiting […]

By Rosie Moore August is a peachy time for preserving the stone fruit. It is a deciduous tree native to the region of Northwest China where it was domesticated and cultivated. Spanish explorers took the peach to the New World and as early as 1600 it was found in Mexico. It was also introduced […]

By Rosie Moore The closer someone in a royal family is to the throne, the more the public hears about him or her. Others are almost forgotten. The British royal family has a line of succession that includes nearly sixty people. One of them is Lord Frederic Windsor, who is forty-ninth in line for the […]

Something To Smile About

By Rosie Moore From Blonde’s Cookbook Monday: It’s fun to cook for Bob. Today I made angel food cake. The recipe said beat twelve eggs separately. The neighbors were nice enough to lend me some extra bowls. Tuesday:  Bob wanted fruit salad for supper. The recipe said serve without dressing. So, I didn’t dress. […]

By Rosie Moore It is hard during these chaotic times to think nice thoughts. One has to wonder when will this virus end; when will businesses reopen or close; when will our children go back to school, or will they go back? When can we hug our friends or loved ones with ease? Well, now, […]

By Rosie Moore Someone once said, “Music is the food of the soul.” I don’t remember who said that, but I agree entirely. I love all kinds of music, be it opera, jazz, country, gospel, Classic, whatever, it charms my soul. And it’s been around for thousands of years. Some say for over 40,000 years. […]

By Ralphine Major He came to our church in the mid-sixties.  Rev. James “Preacher Jim” McCulla was called to pastor Fairview Baptist Church in Corryton, Tennessee.  Back then, Fairview was a small church with an active membership around two hundred plus.  Rev. McCulla accepted the call from a packed congregation to lead our church. […]

By Rosie Moore I like these thoughts I read one day in my little booklet, “Our Daily Thoughts.”.  They seemed so apropos to this time. Let me share them with you. “Alexa, Amazon’s voice-controlled device, has an interesting feature. It can erase everything you say. Whatever you’ve asked Alexa to do, whatever information you’ve asked […]

By Ralphine Major ralphine3@yahoo.com The celebrations will look different this year.  As summer moves on, it is unlike any other we have ever seen.  The Fourth of July is already upon us; but it will be a challenge for Americans to celebrate summer’s biggest holiday with the usual patriotic festivities. Due to the uncertainty of […]

By Rosie Moore When I was a young girl, there were no worries of epidemics or pandemics. Parents were mostly concerned with child-hood diseases, such as chicken pox, measles, mumps and whooping cough. There were bouts of tuberculosis, smallpox, and polio, but they were before my time. It was in high school, which was in […] 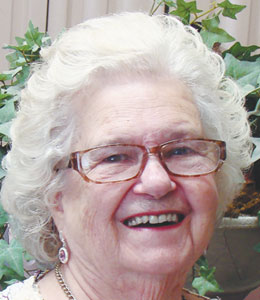