By Dr. Jim Ferguson My wife, Becky, relates a story of a long departed relative who grew up in the Great Depression.  This lady understood privation, and as a result saved everything for the  proverbial “rainy day.”  As the family sorted through her life’s history and estate (collections) they found a box full of tiny […]

By Rosie Moore “Arthritis acting up? Dig in to a seafood dinner several times a week and keep those joints moving. In a recent study, people with rheumatoid arthritis who took 3 to 6 grams of an omega-3 supplement reported a fewer number of tender joints and a shorter period of morning stiffness. They were […]

Focus on the Law: Elder Abuse

By Sharon Frankenberg, Attorney at Law According to the Centers for Disease Control and Prevention, “elder abuse is any abuse and neglect of persons aged 60 and older by a caregiver or another person in a relationship involving an expectation of trust.” In 2008, one in 10 elders in the U.S. reported emotional, physical, or […]

By Sally Absher Imitation is the most sincere form of flattery… unless it is AstroTurf. Artificial, orchestrated copycatting, especially when it is done for political reasons, is offensive. Last October, Halls third grade teacher Lauren Hopson’s speech to the School Board started a dialogue about public education in Knox County, and energized more teachers, parents, […]

By Ralphine Major It was an East Tennessee beauty whose photo was chosen as the winner. The Tennessee connection came when young Lois Wood entered a contest and won. The winner’s photo would be painted on a plane. Appropriately enough, the plane was named “Lovely Lois.” When the group of sailors notified Lois that she […]

It Grows Sadder and Sadder

By Joe Rector The brouhaha over Knox County Schools just keeps going. The school is led by a superintendent who has minimal experience in the classroom and is a numbers guy who cares most about the bottom line. The board of education seems unable or unwilling to put an end to the discord that runs […]

Vols still trying to get back on college football map

By Steve Williams It’s 48 days until Tennessee’s 2014 season football opener. That’s the good news. The sad news is it’s been 2,417 days since Tennessee football was relevant. The last time the Vols lined up to play a game that really mattered on the national scene was Dec. 1, 2007. Tennessee vs. LSU in […]

By Alex Norman People in the Southeast tend to take their college football a little bit too seriously.  Case in point the annual SEC Media Days event in Hoover, Alabama. For four days, coaches and players from all 14 teams show up at the Wynfrey Hotel to talk about the upcoming season.  At the same […]

Click here to view this week’s Focus. Race to the top Part 4: Data Mining By Sally Absher By Sally Absher sallyabsher@gmail.com A particularly troubling aspect of the RTTT scheme is the emphasis on massive data-collection on students, and the sharing of that data for various purposes essentially unrelated to genuine education. As far back as […] 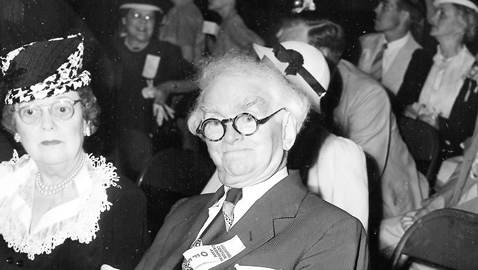 By Ray Hil By the decade of the 1940s, E. H. Crump, master of the Shelby County political machine, completely dominated Tennessee politics in partnership with Senator Kenneth D. McKellar.  Many historians have made the mistake of overestimating Crump’s influence and referred to just about every office holder as a Crump puppet, including Senator McKellar.  […]