Publisher’s Position: Board of Education To Change

By Steve Hunley With the election of Amber Rountree, one thing is certain: the Knox County Board of Education absolutely will change.  No longer will East Knox County Board member Mike McMillan be kicked into a corner without getting a second to discuss those issues neither Superintendent Jim McIntyre and the majority don’t want to […] 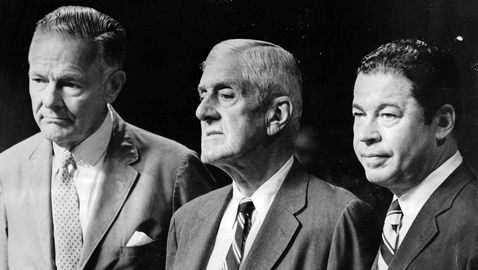 By Ray Hill While it might be difficult for readers to believe, once upon a time, Massachusetts was largely a Republican state. The first political dynasty was not the Kennedys, but rather the Lodges. There is the old bit of doggerel, “And this is good old Boston, the home of the bean and the cod, […]

By Ralphine Major Butler has been a prominent name in the Gibbs Community for many years.  Their name was associated with a landmark of the community. The sixth starter’s father, Bill Butler, owned a neighborhood grocery store at the corner of Tazewell Pike and Barker Road.  Beside it was Leroy Hutchison’s barber shop.  It was […]

By Joe Rector I’m back in the workforce for a week now. Admittedly, adjusting to working as many as 10 hours a day is tough, but getting up isn’t nearly as bad as I thought it would be. In fact, having a schedule by which to go is something I like…sort of. This job is […]

By Dr. Jim Ferguson Summer will soon be here and you may think it’s strange, but I have been thinking about ticks.  Perhaps it’s because I found one on my pant leg this week and, serendipitously(?), an article on these pests appeared in the New England Journal of Medicine. However, as I started this essay, […]

By Sharon Frankenberg, Attorney at Law Human sex trafficking is the most common form of modern day slavery.  It is an organized and violent business.  According to the FBI’s website, “women and young girls are sold to traffickers, locked up in rooms or brothels for weeks or months, drugged, terrorized, and raped repeatedly.”  Victims are […]

By Alex Norman From time to time we like to catch up with the proverbial movers and shakers in the world of sports.  Recently we had the chance to trade emails with Jeff Pearlman, one of the best authors in the country.  Pearlman’s latest work is “Showtime: Magic, Kareem, Riley, and the Los Angeles Lakers […]