By Ralphine Major A few years ago, our big, black Labrador dog, Buddy, came up the driveway with something in his mouth.  He walked to the edge of the carport and carefully set down a wild baby rabbit.  My brother, Wayne, picked the rabbit up and took it back to the area where he thought […]

Waiting for their return

By Joe Rector One of my Facebook friends posted a rather sad message the other day. He lamented the relationship with his growing daughter and longed for the years before when he was at the center of her world. I replied that he was only living the normal life of a parent. In my case, […] 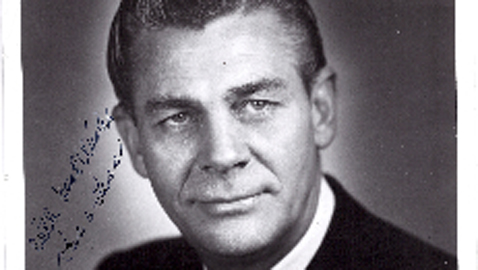 By Ray Hill Few Tennesseans today remember Ross Bass who served the Volunteer State in Congress for a decade, as well as a brief term in the United States Senate.  Bass was a participant in some of Tennessee’s fiercest political wars and served in Congress during a time when Tennessee was undergoing a profound change […]

The mystery of Malachy

By Richie Beeler Papal prophecy intriguing as conclave looms For the second time in less than a decade, the world is awaiting a truly historic event as Cardinals from around the world prepare to gather at the Vatican to elect the next Pope. Most sources agree that the closed door meeting in the Sistine Chapel, […]

By Joe Rector I’ll watch most anything on television, at least for a few minutes. Very little of what I view is offensive enough to make me change the channel or turn the set off. However, some commercials irk me to the point that I want to yell profanities at the screen. Many of those […]

This week I would like to provide you with an introduction to Chapter 7 bankruptcy.  “Chapter 7” refers to that chapter of the United States Bankruptcy Code which governs the liquidation type of bankruptcy. Liquidation is the sale of a debtor’s non-exempt property and the distribution of the proceeds to creditors. Individuals, partnerships and corporations […]

By Alex Norman Over the weekend the Tennessee Volunteers got spring practice underway.  It was the first time that new head coach Butch Jones got to see his team in a real, live practice session. Question marks abound for this group… a group coming off a third straight losing season. The offense loses their top […]