The Crust has been good for UT basketball

By Steve Williams Grant Williams and Admiral Schofield left the Tennessee basketball program last year affectionately known as “Peanut Butter and Jelly.” So, with their former teammate’s collegiate career winding down, I’m going to call Jordan Bowden The Crust. Most of us know the outer edge of a slice of bread – the crust […]

By Steve Williams Baseball was once considered America’s national pastime. But it lost that distinction to the popularity of football many years ago. Instead of remaining the great game it was, it has lost much, much more over the years because of some players’ unethical choices to gain an edge. For that, it has lost […]

Battling back and beating Bama was a good sign

By Steve Williams Don’t sell short Tennessee’s 69-68 win over Alabama last week. Beating the Crimson Tide in basketball hasn’t come easily for the Vols over the years, not even for some of their best teams. And battling back from 15 points behind in Tuscaloosa as Coach Rick Barnes’ team did last week could be […]

By Steve Williams Tennessee’s performance in the 2020 TaxSlayer Gator Bowl was much like its regular season. An ugly start with a beautiful ending. The Vols got inside Indiana’s 10-yardline on their first two possessions Thursday night and came away with three points. UT fans were feeling down in the dumps, much like they did […]

The end is not always golden, but can still sparkle

By Steve Williams Thirty minutes after the game, maybe longer, South-Doyle High School senior quarterback Mason Brang still had his helmet on and chin strap buckled. He was on his way to the Cherokees’ dressing room after their season-ending 20-16 loss to Central in the TSSAA Class 5A state quarterfinals on Nov. 22. He was […]

Snapper has dropped out of ‘Vandy hater’ rankings

By Steve Williams It’s “Hate Vandy Week,” but we won’t hear Snapper Morgan on a local sports radio-call-in show like we have regularly in the past. Snapper Morgan had risen to No. 3 on my list of “Vandy haters” over the years, trailing only the late George Cafego and No. 2 Joe Thompson. Cafego was […]

By Steve Williams A Tennessee football team that got off to one of the worse starts in school history now has a chance to have the best finish ever. From 0-2 and 1-4, including the embarrassing loss to Georgia State in the season opener, to a 5-5 record, that’s how far the Vols had come […]

Games cancelled, but you can still help the Price family

By Steve Williams   The eighth annual Careacter Star Community Service Games had to be cancelled this year and that’s a shame. Not enough coaches wanted to step up and bring their teams to the charitable event this season for one reason or another. As of last Tuesday, only one team had committed to play. […] 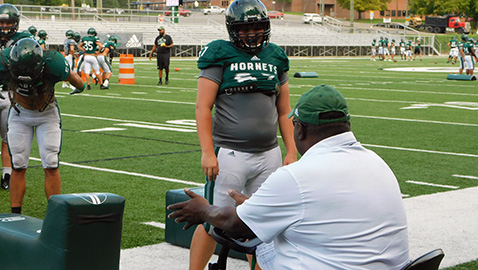 By Steve Williams Assistant coaches in high school football often go unnoticed and unheralded, until they are gone. Usually fans only see and hear the head coach, the face and voice of their team. Most assistants are satisfied with the role they have, working behind the scenes with the players. They are the nuts and […]

By Steve Williams When Jeremy Pruitt said late last season that he needed better players, the first-year Tennessee football coach was criticized by some, although he was just being brutally honest. When he said last week in his open date press conference that his team was “a hundred times better” than it was a year […]