By Steve Williams South-Doyle is believed to be the only high school in Knox County to have “mental performance coaches” as part of its football staff. And last week, Head Coach Clark Duncan really needed them. After senior quarterback Mason Brang went down with a serious leg injury late in the second quarter of the […]

By Steve Williams Since Tennessee’s Orange and White spring football game on April 13, it’s been what many fans refer to as the “talking season.” It’s the final phase of what has evolved into a year-round football season and does not end until the regular season kicks off, and not a minute sooner. Seriously, this […] 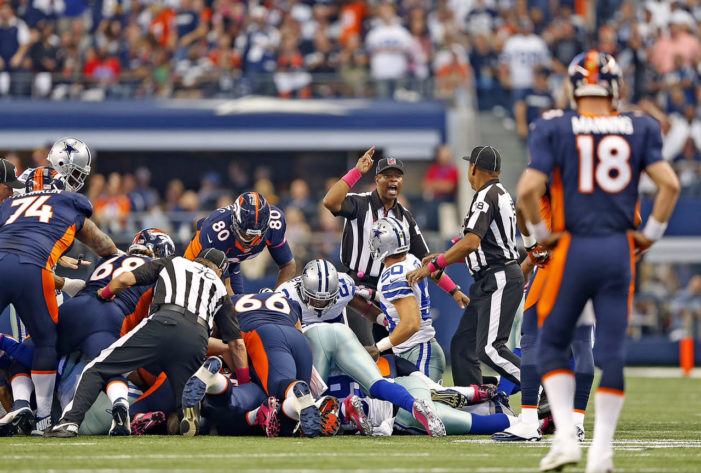 By Steve Williams Gratitude filled Terry Brown’s thoughts when he found out he was going to be inducted into the Greater Knoxville Sports Hall of Fame. The longtime official was very appreciative of being among what he called a “magnificent” 2019 class of inductees, and he reflected too on the previous “celebrated” classes he would […]

By Steve Williams Rome wasn’t built in a day, nor will the University of Tennessee’s athletics program be quickly rebuilt, but Phillip Fulmer is off to a good start. Fulmer, in just his second year as UT’s athletic director, has to be smiling today. On the heels of Tennessee’s women taking top honors in this […]

A Jack of all trades and a master of all

By Steve Williams Jack Tate had on a short sleeve plaid shirt with stripes of Maroon, White and Grey running through it when I met him for a recent interview. That wasn’t surprising. Jack has been Bearden High through and through for parts of five decades. Tate and other retiring Bearden teachers were recognized at […]

A champion runner and a champion teammate

By Steve Williams When Jake Renfree crossed the finish line far ahead of the other Region 2 cross country runners last fall, he didn’t stop running. He immediately made a 180 degree right turn and headed back from where he came. It was an unusual sight at first, but Knoxville Catholic High Coach Sean O’Neil […]

A busy week in sports … and hoping Kellie comes home

By Steve Williams This may be the busiest sports week of the year. Coming on the heels of Sunday’s NASCAR race at Bristol and the NCAA women’s basketball finals will be the men’s title game Monday night. The Tennessee Smokies also wrap up their first home baseball series of the season Monday. Of course, major […]

By Steve Williams Grant Williams already has become one of the most popular players in University of Tennessee basketball history. But he could take that fame to a much higher level, if he were to decide to come back and play one more season for the Vols as a senior. Remember the roar we heard […]

By Steve Williams If you have a question about past TSSAA state basketball tournaments – like final scores of games, who the champions were or how far a team advanced in the bracket – Nelson Smotherman will have the answer. Starting in 1960 and every season since, he has worked the state tournament in some […]

On the First Day of Madness, my True Team gave to me …

By Steve Williams As we fill out our tournament brackets and look ahead to the start of the NCAA’s Big Dance this week, I’ve composed a little jingle you Tennessee basketball fans may like to sing. The tune goes just like The 12 Days of Christmas. A one and a two …   On the […]