By design on October 26, 2020Comments Off on Leaving Beckley, West Virginia 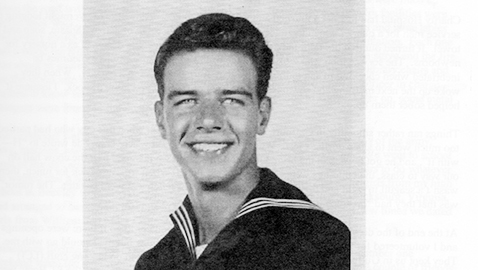 (Part 4 in series on Dwight Kessel)

“I can’t remember a time when I wasn’t doing something to earn money,” the West Virginia native shared.  “Empty pop bottles were worth a penny apiece at the store and five of them would buy an ice cream cone or a candy bar.” Growing up in West Virginia during the depression, one of Dwight Kessel’s projects was selling the Pittsburg Press Sunday edition. According to Kessel, its main attraction was the color comics. He also sold Saturday Evening Post subscriptions for a short while.

The Kessel family had moved from Dehue to Beckley, West Virginia; and Dwight was one of four students who graduated from high school at age 16 in June 1943. Kessel was too young to enlist during World War II, and he had been accepted at DUKE University. The aspiring chemical engineer started summer school at DUKE where he joined the Men’s Glee Club and DUKE Chapel Choir. He attended Watts Street Baptist Church where he made a profession of faith. Later, he was baptized in the First Baptist Church of Beckley, West Virginia.

In November of 1943, Dwight turned 17 and applied for the Navy V5 program. He recalls that the war was winding down and the V5 program (Naval Air) was full so he was reassigned to V12A (storage for V5’s until there were openings) and sent back to DUKE where he moved from a civilian dorm to a Navy dorm. Later, he was sent to boot camp in Bainbridge, Maryland. The last week of boot camp Dwight was called to the office by someone who turned out to be his old scoutmaster from Dehue, West Virginia. His job was to place people in available schools according to their abilities. Ironically, Dwight’s father had given him his first job during the “big depression.” Kessel requested aviation mechanics school, but those schools were closed. Instead, he agreed to take the diesel school opening in Gulfport, Mississippi. (To be continued)

Words of Faith selected by Dwight Kessel are from James 1:19 (KJV): “Wherefore, my beloved brethren, let every man be swift to hear, slow to speak, slow to wrath.”