By design on September 8, 2020Comments Off on Malevolence 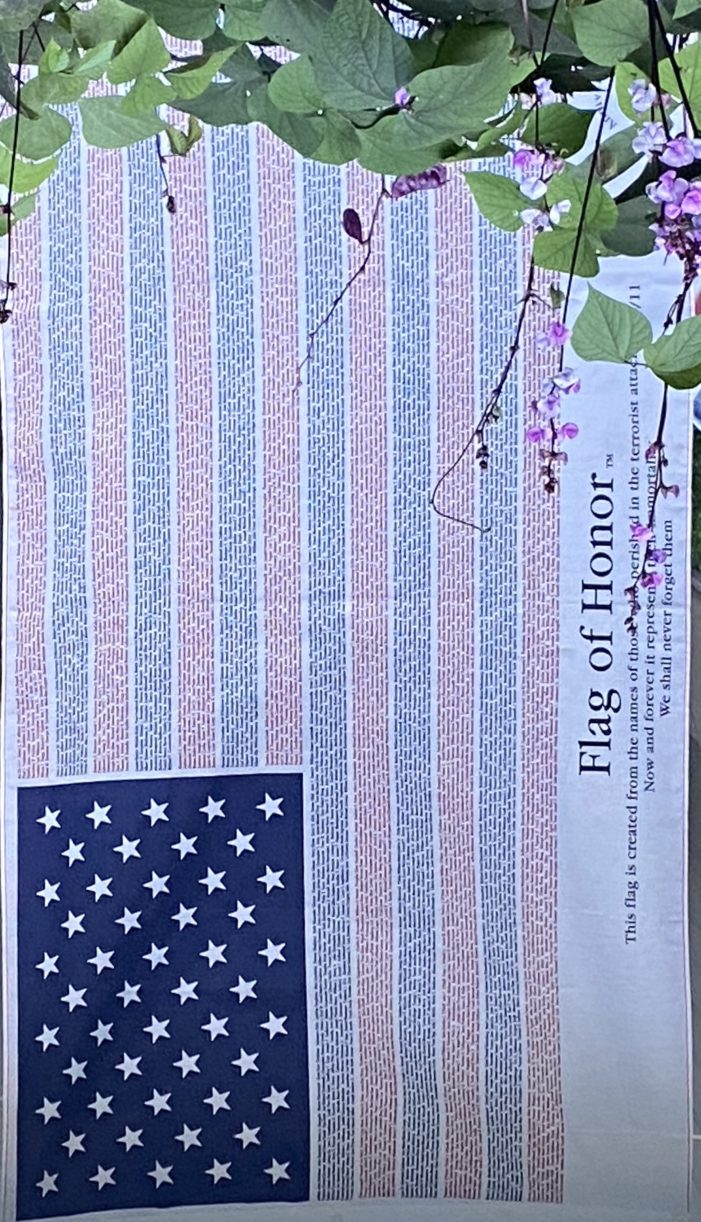 “The further a society drifts from the truth, the more it will hate those who speak it.”

Well, Boo Radley has come out. You remember, the character played by Robert Duval in the movie adaptation of Harper Lee’s classic novel, “To Kill a Mockingbird.” However, I’m referring to Joe Biden who was forced out of his basement for a trip to Kenosha, Wisconsin. Hid’n Biden, along with the town’s Democrat Mayor and Wisconsin’s Democrat Governor, had begged President Trump not to go to Kenosha, savaged by recent protests and riots. Trump’s trip to Kenosha was a success, so now plagiarism prone Joe was compelled to leave his basement. Good! I want the Presidential candidates to actually campaign for my vote.

I’ve never been to Wisconsin. The first time I heard the name Kenosha was in one of my favorite movies, Home Alone. John Candy’s character was the leader of a polka band named the “Kenosha Kickers” who gave Kevin’s mother a lift home at Christmas.

I’ve missed music in my life. I used to have classical music playing in my office all the time, but in semi-retirement my daytime “territory” has expanded beyond my office and the hospital next door. I still enjoy Pandora selections at the dinner hour, but so many other things seem to intrude or distract me during my daytime travels. Unfortunately, too often, it is the war.

It is impossible to stay informed and avoid the battle for America. Sometimes I shirk my responsibilities as a citizen and run away from TV, news, newspapers, radio and the internet. I could take the easy way out and just surrender my beliefs and principles. However, there’s no place to run, and I can’t be something that I’m not. So, the battle continues despite the personal consequences.

Jesus actually offered an additional course of action. He demonstrated agape or sacrificial love. However, I’m a sinner and not the Master. I am not capable of turning the other cheek to injustice or evil.

I’ve been thinking a lot about the current America mess. As I’ve written, the reason for our war is beyond Democrats, Republicans, Independents or whatevers. I believe the insanity of riots, murder, looting and mayhem has its roots in hatred. And hatred is the tool of evil.

Burned into my memory is Mel Gibson’s movie The Passion of Christ. I often think about the cinematic depiction of evil, as a malevolent, androgynous entity, floating invisibly and producing howling crowds of hate. “Sometimes the best explanation for the otherwise inexplicable, is evil.”

Apparently, it’s not working for the Democrats because the mantra of various “news” talking heads, media types and Democrat operatives suddenly changed last week. Previously, all you heard was support for the “peaceful” protests. Now, the plea is to stop the rioting, looting and anarchy. They’ve pivoted (a baseball and political term). And, of course, they also blame President Trump.

The insane see Trump as the devil in everything. C. S. Lewis wrote a book called “The Screwtape Letters.” Screwtape was a major devil who advises a minor devil (Wormwood) how to destroy a man’s soul. Donald Trump is not a devil, but we all watched the power of evil transform Democrat congressman Adam Schiff during the preposterous Russian investigation and impeachment.

It’s difficult to write a relevant essay when events are so fluid and The Knoxville Focus is published only once a week. (No, I’m not advocating more frequent publication.)  This week of September 7th will bring us to the anniversary of the 9/11 attack. Have we forgotten the modern Pearl Harbor? Or, have we been distracted by COVID and its politicization, the ongoing assault on our churches, businesses and the economy, as well as riots, looting and arson? Becky and I are flying our 9/11 memorial flag, but it seems so insufficient nineteen years later in the middle of our Civil War. And make no mistake about it, we are at war with ourselves.

Abraham Lincoln famously paraphrased Jesus saying, “A house divided against itself cannot stand.” Lincoln, the first Republican President, was talking about slavery. He brought the country through the American Civil War and Republicans then passed the 13th, 14th, and 15th Amendments to the Constitution, abolishing slavery and promoting equality under law. How soon we forget the lessons of history and even our immediate past.

The election in November is a choice between two vastly different perspectives. The pithy phrase “jobs versus mobs“ is apropos. President Trump’s economy before the Chinese coronavirus pandemic was an unparalleled success. Then the scientists recommended the country be shut down and for us to shelter in place. As a result, the economy was severely damaged and some still thwart its recovery. Now as protests, riots and anarchist mayhem abound, Democrats have sided with the Antifa, Marxist BLM and looters for political gain.

Another contrast is equality under the law. Mayors, governors, media and the Deep State don’t seem to operate under the same rule of law as John Q Public. Nancy Pelosi‘s hair styling visit is a classic example. Pelosi scheduled an appointment with a salon, closed under San Francisco law. She did not wear a face mask and had her hair washed and blown dry indoors against standing regulations. Then, she accused the salon owner of “setting her up” when she was discovered. Come on! The Speaker of the House of Representatives and second in line to the Presidency was set up by a salon owner? This was a modern “Marie Antoinette moment.” Oh, and as expected, the mayor of San Francisco blames Trump for shutting down the salons and barbershops in her town.

The party of the common man and America is Trump’s reconstituted Republican party. RINOs (republicans in name only) like Lamar, Romney and Jeff Flake – what an appropriate name – are GOP dinosaurs. May they RIP.  The Democrats have become the party of progressive socialists like AOC and Bernie Sanders, BLM, illegal aliens and rich Wall Street and Silicon Valley donors.

Frankly, I do not want my town to become like Portland or my state to become like California. Blue cities and blue states are failing financially and refuse to protect their citizens, the primary function of government.

I have voted for Democrats in the past, but the John F. Kennedys are all gone. I can’t vote for a Democrat because they have been supplanted by progressive socialists. And I cannot override reason and vote out of hatred.

Malevolence added by design on September 8, 2020
View all posts by design →