Our neighbor to the east, Jefferson City

By design on June 15, 2020Comments Off on Our neighbor to the east, Jefferson City 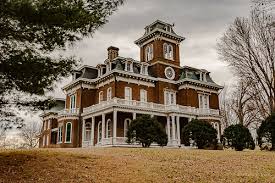 Did you know our neighbor to the east was once known as Mossy Creek?

Yep, until 1901 that’s what Jefferson City was called but was renamed in honor of President Thomas Jefferson. The city has about 8,000 residents, is the home of Carson-Newman College and is located between Knoxville and Morristown along Highway 11E or Andrew Johnson Highway.

The town’s history began when Adam and Elizabeth Sharkey Peck, who floated down the Holston River with their seven children from Virginia, decided to stop and build their home along a very mossy creek. The Peck Mill became the center of the growing community. Peck became a member of the Tennessee Assembly and was a Justice of Peace. His wife worked to build a Methodist Church. The community grew up around the Peck family home.

Jefferson City is worth an afternoon or morning drive and it’s only about 30 minutes away. If you take the AJ Highway you may want to make a side trip to Strawberry Plains and New Market. Both little towns are unique and historic and feature small downtown sections just off the highway.

Jacobs told The Knoxville Focus that although he was born there his family moved to Dandridge when he was a small child, yet Jefferson City proudly claims him as a native.

Carson-Newman was founded in 1851 as Mossy Creek Baptist Seminary and remains an accredited Christian college with a strong and winning history in sports and education.

Downtown Jefferson City has struggled over the years when the AJ Highway bypassed that portion of town. Today most of the businesses are located along that route but there’s an effort by local citizens to continue to renovate the former business district.

“After years of dreaming and planning, new life is starting to flow back into the Historic Mossy Creek District,” according to the Mossy Creek Foundation.

“Our vision is to transform the neglected spaces in Jefferson City’s historic downtown into hubs of community, conveying the culture of Mossy Creek to the next generation,” the citizen’s group has announced.

In 2017 a community effort built and opened Mossy Creek Station and the depot-style pavilion and amphitheater hosts events. The park also has a public restroom, a playground and was dedicated to American Veterans.

Just east of Jefferson City is the Glenmore Mansion, which was built by John Roper Banner in 1868. The home is said to be one of the southeast’s best examples of second empire architecture still standing.

The mansion engages the community through tours and special events. It also hosts special luncheons, baby and wedding showers, birthdays and other celebrations including family reunions.

Family events are difficult during the COVID-19 Pandemic but taking everyone for a ride to visit our nearby communities will get them out of the house and it might be fun. Jefferson City is unique and, like many other small towns, struggling to recover from years of neglect downtown. Why not get out, stay safe from crowds, and take a day away nearby.

Our neighbor to the east, Jefferson City added by design on June 15, 2020
View all posts by design →