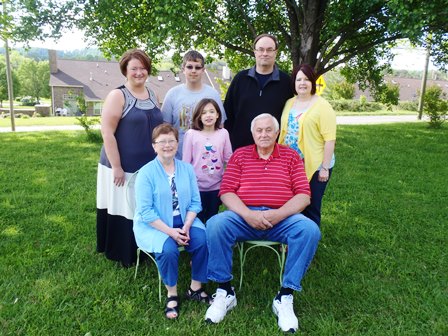 “Is it true you once held Tommy Everette to 41 points?” I asked the Central High School standout of the sixties.

“He was the best high school player I ever played against,” the tall-frame gentlemen answered. Everette was the center player on Coach Bob Dagley’s 1964-65 Gibbs Eagles’ basketball team that capped an amazing year with a 31-2 record. The next year, Central beat Gibbs and knocked them out of the tournament even though Everette scored 41 points. The tall gentlemen is prominent Knoxville Cardiologist Dr. Michael Underwood. By coincidence, I saw Dr. Underwood at a recent Tennova seminar on heart health. He served on a panel with Cardiologists Dr. Kyle McCoy and Dr. Malcolm Foster. Underwood has practiced in Knoxville for 35 years and is married to the former Linda Clabo, daughter of former Coach John Clabo. Clabo coached football and basketball early in his career at Powell High School, but may best be remembered as the football coach at Young High School.

After the meeting, I caught up with Dr. Underwood to talk basketball. “He was 6-8,” the doctor said of Everette. As he talked, I listened and tried to imagine the good doctor and Everette battling it out on the boards. “I think he is now retired to his farm and riding his tractor,” Dr. Underwood added.

“You’re right,” I told him. “I have seen the farm and the tractor.” Interestingly enough, I had just finished the series on Tommy. This week, I have included for Focus readers a picture of the Everette family in a beautiful setting on their farm in Corryton.