By design on May 23, 2021Comments Off on Tennessee’s ‘Unholy Trinity:’ Walter ‘Pete’ Haynes 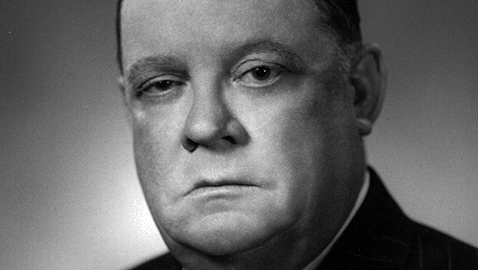 By Ray Hill
For decades the Tennessee General Assembly was largely ruled by three men: Walter M. “Pete” Haynes of Decherd; I. D. Beasley of Carthage and James H. Cummings of Woodbury.  Known as the “Unholy Trinity”, the three men were powerful legislators and highly important in their respective communities.  Beasley, Haynes and Cummings were all country lawyers by trade and each represented rural districts in the legislature.  All of them spent decades as members of the state legislature and not only did they know where the bodies were buried in Nashville, the Unholy Trinity buried many of them personally.  More politely, Beasley, Haynes and Cummings were known simply as the “Triumvirate.”

Haynes quickly allied himself with I. D. Beasley and “Mr. Jim” Cummings as members of the Tennessee General Assembly.  All three men were remarkably colorful characters, each with his own particular strengths and weaknesses.  As a combine, they were a force to be reckoned with.  Haynes was a masterful parliamentarian, while the rotund Beasley carried the fight on the floor of the legislature.  Beasley was also renowned for being a superb mimic, possessing an uncanny ability to impersonate most anyone, man or woman.  I. D. Beasley was playfully referred to as “The Mockingbird of Capitol Hill.”

Beasley got to the legislature two years before Haynes and Jim Cummings arrived four years after Pete Haynes had first been elected.  The three were not to be mistaken for mere rabble-rousers; they were serious legislators, profoundly interested in helping the rural people they represented, as well as making Tennessee a better place to live.  All three of the Unholy Trinity liked good food, smoking, and drinking whisky and they all had a sense of humor.  None of the three men took themselves especially seriously.

Joe Hatcher, the political columnist for the Nashville Tennessean, had covered Pete Haynes since Haynes’ first legislative session in 1923.  Hatcher wrote, “Old Pete is a legend in legislative history, one of the most colorful characters ever to serve, especially for so long and so well.”  Hatcher guessed Haynes’ name was “probably on more legislation than any other member in history, because of his long tenure and his leadership and progressive thought.”

Even Pete Haynes was not immune from I. D. Beasley’s love of pranks and deviltry.  Haynes was awakened at 3:00 a.m. one morning in his Nashville hotel room by a “sleepy-eyed” fellow legislator.  Haynes invited his colleague inside and was astonished to see one after another come into his room.  There were some thirty-five legislators standing in his hotel room when Haynes finally blurted out, “What do you guys want?”  “You know what we want,” one legislator cried plaintively.  “You just called us and said to come here immediately if we were interested in committee appointments.”

Recognition began to dawn on Haynes’ face and he barked, “Where is I. D. and Jim?”  Haynes knew “The Mockingbird of Capitol Hill” had summoned the sleepy legislators by mimicking his friend.

Pete Haynes managed Governor Gordon Browning’s bid for a third consecutive term in 1952, a contest won by thirty-two year old Frank Clement.  Evidently Governor Clement had a long memory and the two were never close.  When Haynes sought election to the State Senate in 1964 and was defeated by Ernest Crouch, many thought it was through the efforts of the Clement organization even though Pete Haynes had been a floor leader for Clement’s successor Buford Ellington in 1959.

Quarreling with governors was nothing new to Pete Haynes, who had been a member of the opposition to chief executive Austin Peay during his first years in the House.  Haynes was also opposed to Governor Henry Horton and presided over the impeachment hearings against Horton.  Haynes was a staunch supporter of Senator Kenneth McKellar and for a time, was allied with E. H. Crump of Memphis.  Pete Haynes refused to go along with the Memphis Boss when Crump ditched U. S. Senator Tom Stewart for an unknown judge from Cookeville in 1948.  I. D. Beasley, Pete Haynes and Jim Cummings all backed Stewart.  Haynes also earned the Boss’s extreme displeasure when he outfoxed Crump in 1935.  Crump’s legislative generalissimo Frank “Roxie” Rice and the Memphis Boss were vacationing in Hot Springs, Arkansas.  As Crump and Rice took the springs treatment, Haynes was busy getting commitments to get himself elected Speaker.  Crump was astonished when Pete Haynes was elected Speaker over his personal opposition.

While on a vacation in Florida together, I. D. Beasley had some fun with Haynes after he had upset the Memphis Boss.  Beasley planted a loudspeaker under Haynes’ bed.  As Haynes was drifting off to sleep, he heard “a ghost-like voice” saying, “Pete, this is Ed Crump.  You double-crossed me in 1935.”  Haynes worriedly asked his roommate if he had heard the mysterious voice and naturally his friend insisted he hadn’t heard a thing.  Haynes went back to bed, only to hear the voice once again.  Repeatedly, Pete Haynes heard Ed Crump remonstrating with him for having double-crossed him to win the speakership, while his roommate adamantly insisted he didn’t hear a word.  In a fit of rage and frustration, Haynes finally defiantly stood up in his bed and cried, “If you’re Mr. Crump . . . I double-crossed you three times, and you didn’t know it until 1935!”

During Pete Haynes’ time in Nashville, lawmakers were especially wary of attempting to pass legislation regarding dogs.  Man’s best friend was a touchy subject with many Tennesseans and legislators were all too well aware those unfortunate souls who trifled with what they termed “dog laws” usually didn’t come back.  One enterprising opponent made headway against Haynes during a campaign when he reprinted a “dog law” bearing the signature of Pete Haynes.  In truth, Haynes had not been the sponsor of the bill and may not have even voted for it, but as Speaker, his signature was on it.  After the election, a friend asked Haynes why he didn’t try and explain it.  “Explain it, hell!” Haynes bawled.  “It would take an hour to explain it, and chances are nobody would believe me anyhow.  My name was there, wasn’t it?”

Haynes, like Crump, supported former Congressman Gordon Browning for governor in 1936.  Pete Haynes became Speaker of the House during Browning’s first term in 1937.  It was the beginning of a long association between the two men.

Pete Haynes was also an excellent attorney, even if he was just a country lawyer.  John Jay Hooker, Sr., father of the future gubernatorial candidate, believed Haynes had a “way with a jury you don’t see very often.”  Hooker thought Haynes suffered due to his political prominence, causing some to think the legislator’s legal abilities were subpar.  The elder Hooker said, “I regarded him as one of the greatest trial lawyers that ever lived in this state.”

Haynes practiced law from 1919 until his death, save for two years.  Pete Haynes served for one year as a bankruptcy referee and gave another year of his life to work as an assistant state attorney general.

Pete Haynes was perfectly content to be a country lawyer, spurning numerous offers to join big law firms.  During his career as an attorney, Haynes defended more than 400 individuals charged with crimes that carried the death penalty.  When asked why he refused to consider lucrative offers from big law firms, Pete Haynes replied, “I like it where I am.”

Haynes was as a delegate to Tennessee Constitutional Convention in 1953 and attended the national Democratic conventions in 1928, 1952, 1956 and 1960.  Pete Haynes finally met with defeat when he lost a race for the State Senate in 1962.  Haynes candidly said he was “relieved” to lose.  Haynes cheerfully said he hoped his defeat would lead to him being “depoliticked.”

“Now I can practice law with a clear mind,” Haynes said.

Pete Haynes died in 1967.  An employee who had come to the historic Haynes home to drive the former legislator to Haynes’ law office discovered his body; apparently, the sixty-nine year old Haynes had died in his sleep.  Haynes had been in declining health for some time, having suffered a heart attack during the late forties and a light stroke in the early sixties.  The death of the long-time legislator came as a profound shock to his many friends as he had appeared to be in relatively good health for the past several years.  Haynes had spent the previous Friday working at his law office.  Tributes to Pete Haynes poured in from Tennessee Democrats.  Senator Albert Gore thought, “Mr. Haynes mastered the art of practical politics.  His ability to put together the possible made him one of the most effective Tennessee political leaders of our time.”  Governor Frank Clement said Haynes was “a hard fighter” as well as an “able lawyer” and a dedicated public servant to the people of Tennessee.  John Jay Hooker described Haynes as “a great personality who brought good humor and joy to every meeting.”  Hooker noted Haynes was “highly intelligent”, an intrinsically kind man and “an unfailingly marvelous human being.”

Pete Haynes, although a Middle Tennessean, was important enough a political figure to merit an editorial on his passing in the Kingsport Times.  The Times naturally referred to Haynes’ association with I. D. Beasley and Mr. Jim Cummings while remembering the late legislator as “a robust, strong-voiced man who could get the attention of everyone when he rose to speak.”  Sadly recalling the last session of the legislature in which Pete Haynes served, the Times noted: “ill health had taken its toll, but he was still an effective lawmaker.”

The Tennessean published its own editorial after Pete Haynes died, remembering his good humor and natural ability.  Describing Haynes as “widely known in Tennessee and elsewhere in the nation,” the Tennessean likely summed up Pete Haynes’ character when it noted the late lawmaker’s “circle of friends ranged from great national leaders to regular courtyard whittlers.”  Pete Haynes was not blinded by great wealth nor attention from the influential; he remained true to his friends and the folks in his rural district.  Haynes was born in the stately house his father owned and he died sixty-nine years later in the same house.  The Haynes House remained in the hands of the family until 2001.

D. Beasley had died in 1955 while still a member of the state legislature. Haynes had been defeated in 1962 and only James H. Cummings was left as a member of the powerful Unholy Trinity. “Mr. Jim” was Speaker of the House when his friend Pete Haynes died.  As Cummings sat in the small Episcopal Church during the service for his friend, nobody knew better than “Mr. Jim” that an era had passed along with Pete Haynes.

Tennessee’s ‘Unholy Trinity:’ Walter ‘Pete’ Haynes added by design on May 23, 2021
View all posts by design →